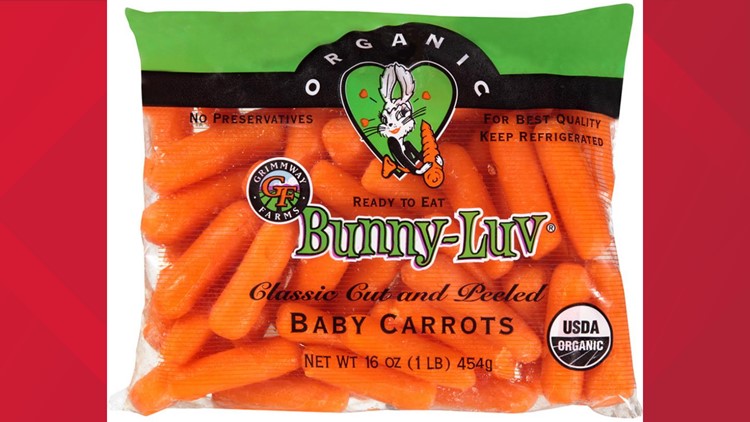 Grimmway farms is recalling four of its carrot products. So far, no one has reported getting sick.

Grimmway Farms in California is recalling some of its packaged carrot products because of potential Salmonella contamination, the company and the U.S. Food and Drug Administration announced Friday. No one has reported getting sick.

In addition to six packaged products sold to consumers, the company has also recalled certain shredded carrots and chopped carrots that were sold to food manufacturers and food service distributors, but Grimmway says most of the affected items were taken back before anyone could eat them.

The six products sold at retailers are:

All of the affected products can be identified by their 9-digit lot code. All of the products that have been recalled have a lot code beginning with 195 through 197, and ending with ‘BF’ or ‘SP.’ Grimmway Farms says anyone who has any of these products should throw it out. The company has also asked any retail locations that may have sold these products to notify their shoppers.

So far, no one has reported getting sick from any of these products. According to the FDA, symptoms of Salmonella infection include fever, diarrhea, nausea, vomiting and abdominal pain. Salmonella can also cause serious illness in young children, the elderly and the immunocompromised.

More information on the recall, including pictures of the affected products’ packages and bar codes, can be found on the FDA website here.