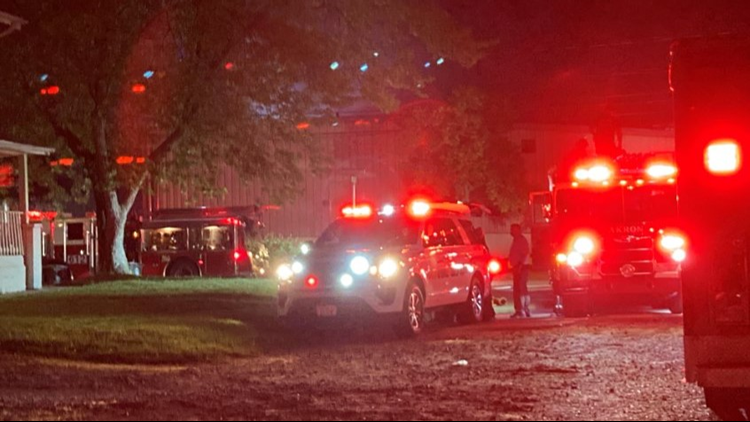 AKRON, Ohio — Editor’s Note: The above video is from a previously published and unrelated story

Firefighters in Akron are battling what’s being called a hazardous materials fire on Monday evening.

The fire is happening Akron Coating and Adhesive Inc. on Stanton Road.

According to the Akron Fire Department, a call came with a report of possible explosions with heavy black smoke at around 8:40 p.m. Shortly after 9:00 p.m., the situation was upgraded to a 2nd alarm fire.

Crews have been attempting to keep the area clear as they battle the flames. A perimeter has been set up and authorities have also evacuated two or three nearby homes.

So far, there have been no reports of injuries, but medical teams are standing by. One employee was inside the building when the fire began, but was able to get out uninjured.

Akron fire officials believe that there is no immediate danger to the public at this time.