Many people watching artistic gymnastics at the Tokyo Olympics have questioned how the events are scored. Here’s a look at how it’s done.

With many sporting events, the scoring system is pretty easy to understand. In football, a touchdown is worth six points and a field goal is worth three points. In baseball and softball, when a player crosses home plate safely, the team gets a run.

But people watching the Olympics have noticed it’s not so easy when it comes to gymnastics. In the women’s team all-around competition on July 27, scores for individual routines ranged from 10.933 to 15.400.

A TikTok user asked VERIFY: Has gymnastics scoring in the Olympics ever changed?

Yes, the scoring for artistic gymnastics events was changed in 2006. That system is still in place at the Tokyo Olympics. As part of the system, scores for new skills are added on an ongoing basis.

USA Gymnastics says the International Gymnastics Federation changed its scoring system for men’s and women’s artistic gymnastics in 2006. Under the old rules, gymnasts received one score with a maximum of 10 points — which became known as the “perfect 10.”

But with the new scoring system, gymnasts receive two scores: a difficulty score and an execution score. Those scores are added together to determine a gymnast’s final point total.

“Basically, the new scoring procedure adds the Difficulty Score, which includes difficulty, connection value and element requirements, to the Execution Score, which encompasses execution, artistry, composition and technique, to determine a gymnast’s total score,” USA Gymnastics explains. “The gymnast’s final score is the total of the Difficulty and Execution Scores less any deductions for neutral errors.”

Specific moves, known in gymnastics as skills, are assigned a difficulty rating in the International Gymnastics Federation’s Code of Points. For women, the difficulty score for routines is the total value of the eight most difficult skills performed. For men, it’s the total of the 10 most difficult skills performed in the routine, according to USA Gymnastics. So, the more difficult the skills, the more points a gymnast can get.

The execution score starts at 10 and deductions are made for errors. Deductions range from 0.1 point to 1 point, which is the deduction for a fall.

For example, in the U.S. Olympic Trials, American gymnast Simone Biles scored between 14.600 points and 15.466 points in the four events that make up the all-around competition. In her 15.466 vault score, Biles earned a 6.0 for difficulty and a 9.466 for execution. 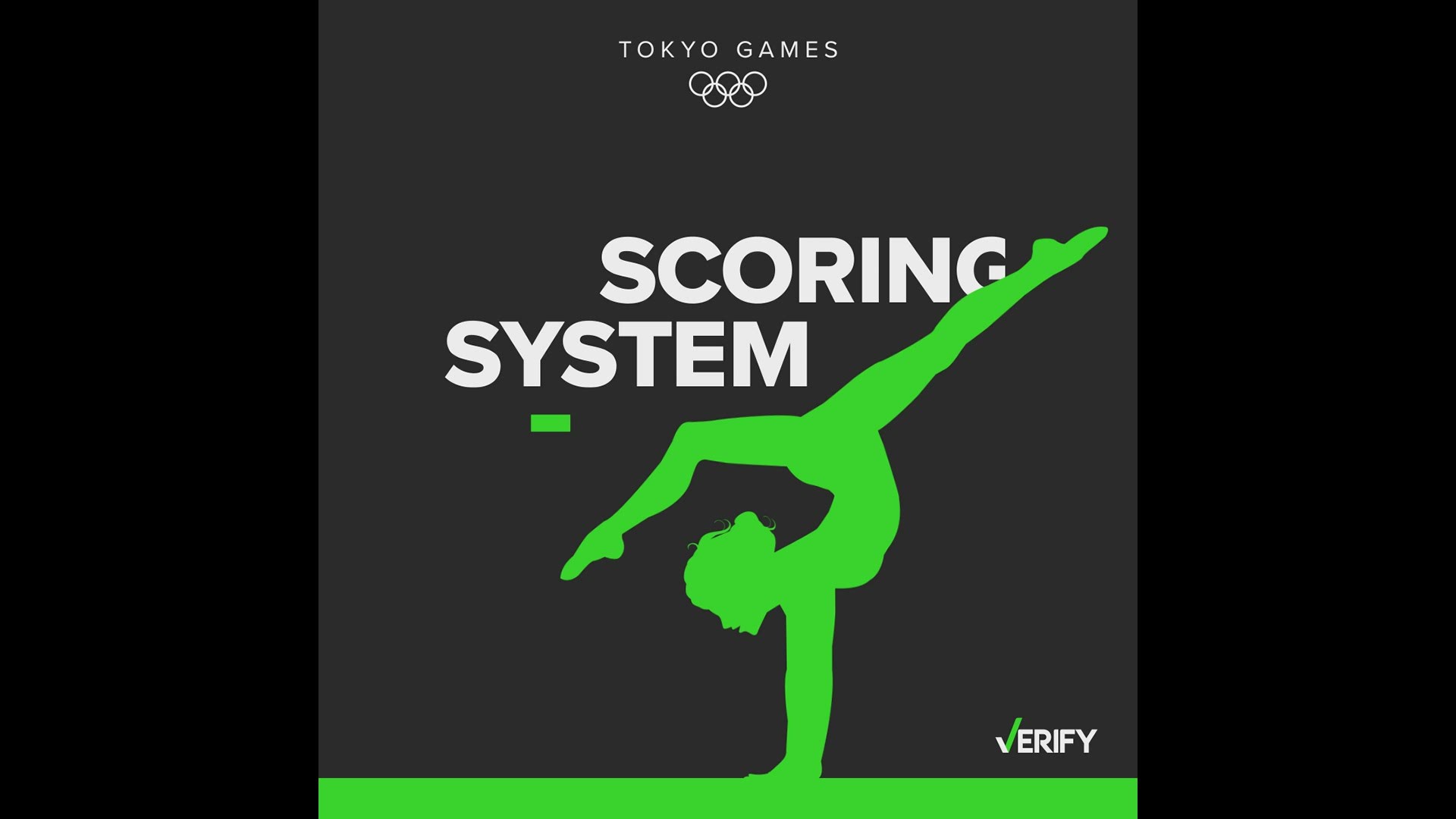 This two-scoring system, specifically the difficulty rating, has been the source of controversy. It’s where some people, including Biles herself, believe she is being judged unfairly. Biles told The New York Times that she thinks some of her skills are being underscored for difficulty, claiming it’s so she doesn’t have too much of an advantage over her competitors.

Four skills named after Biles have already been added to the women’s Code of Points, according to the International Gymnastics Federation. Biles has submitted a fifth skill to the International Gymnastics Federation, this one in the vault competition. It’s colloquially known as the Yurchenko double pike and it involves two piked backflips after leaving the vault. In May 2021, Biles became the first woman ever to land it during competition. The historic moment netted her a score of 16.1.

As far as how the 6.6 difficulty rating was determined, the International Gymnastics Federation said, “The Women’s Artistic Gymnastics Technical Committee (WTC) employed the progression currently used in the men’s Code of Points as a reference to determine the value this vault should have.”

“In assigning values to the new elements, the WTC takes into consideration many different aspects; the risk, the safety of the gymnasts and the technical direction of the discipline,” the group said. “The WTC’s task is to ensure the safety of all athletes around the world and decisions are not based purely on one gymnast.”

While there is debate about how points are assigned, particularly for difficulty, we can VERIFY the scoring system for gymnastics was changed in 2006 and is still in place today.

The VERIFY team works to separate fact from fiction so that you can understand what is true and false. Please consider subscribing to our daily newsletter, text alerts and our YouTube channel. You can also follow us on Snapchat, Twitter, Instagram, Facebook and TikTok. Learn More »