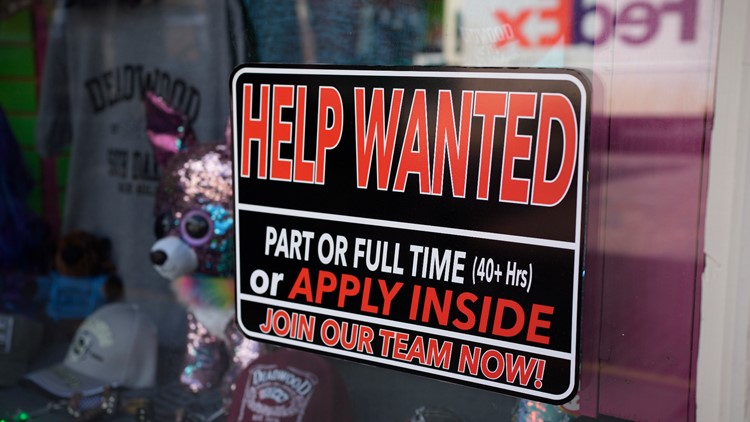 The number of weekly applications for unemployment aid has fallen steadily this year from about 900,000 in January.

WASHINGTON — The number of Americans applying for unemployment benefits dropped last week, a sign that layoffs declined and the job market is improving.

The Labor Department said Thursday that jobless claims declined just 7,000 from the previous week to 411,000. The number of weekly applications for unemployment aid has fallen steadily this year from about 900,000 in January. The level of unemployment claims generally reflects the pace of layoffs.

As the pandemic fades, states and cities are lifting more business restrictions — California just fully reopened June 15 — and the economy is picking up as consumers are traveling, eating out more, and visiting movie theaters and amusement parks. Growth could top 10% at an annual rate in the April-June quarter, according to the Federal Reserve Bank of Atlanta.

With many employers desperate to hire, some states are starting to cut off several pandemic-related unemployment aid programs in response to business complaints that the assistance is making it harder for them to find workers. Starting this month, 26 states will end an extra $300 weekly federal unemployment payment and 22 of those states will also cut off all jobless assistance to self-employed, gig workers, and those out of work more than six months. The extra $300 ends nationwide Sept. 6.

Economists at Bank of America have estimated that those who earned less than $32,000 a year at their previous jobs can receive more in jobless aid with the extra $300. At the same time, the federal expansions of unemployment benefits have made it possible for millions of self-employed and contract workers who were previously not eligible for help to receive aid for the first time.

Four states — Alaska, Iowa, Mississippi, and Missouri — stopped providing the $300 payment last week. All but Alaska also cut off the two programs that covered the self-employed and the long-term jobless.