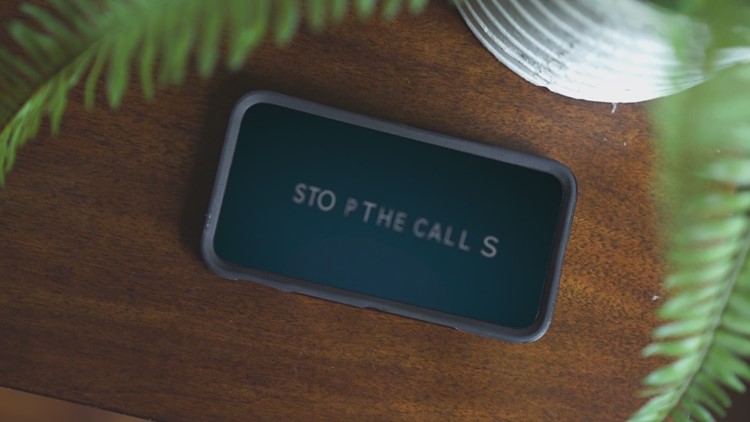 Americans got 58.5 billion robocalls in 2019 — the most ever. Our investigative team bought 16 new phones all over the U.S. and measured when they got spam calls.

WASHINGTON — Cellphones may seem superpowered these days, but robocalls are still the kryptonite. Americans got 58.5 billion robocalls in 2019, the most in history, according to You Mail, a company that develops robocall blocking software.

“I get at least 2 or 3 a day,” said Thomas Davidson, who has been hounded by robocalls for as long as he can remember.

The financial cost is spiraling too.

By one estimate, Americans lost a staggering $19.7 billion dollars to phone scammers in 2020, according to Truecaller Insights, a group that studies robocall trends.

Markee Campbell has never been a victim of a robocall scam, but he said he is targeted by them often.

“You can definitely give up information that’s detrimental to you and your finances,” Campbell said.

So how do you stop robocalls from plaguing you and your devices?

Even the people who work at the Federal Trade Commission (FTC) are sick of it.

“Absolutely,” said Will Maxson, who works the FTC’s Bureau of Consumer Protection, the office that’s trying to crack down by fining and closing robocall companies.

Maxson said another thing consumers can do to stop robocalls is to hang up as soon as they get a robocall, and make sure you block the number on the screen.

In fact, even buying a brand-new phone doesn’t stop the robocall problem. The TEGNA national investigative team bought 16 brand new cellphones spread out in cities all across the country. And, all 16 of those phones started getting robocalls weeks or even days after activation. In some cases, the user hadn’t ever placed a single call or text.

Maxson said if the phone number assigned to a new phone is recycled from a number that used to belong to someone else, and they were on robocall lists, that new phone is on one too.

Another tip Maxson suggested is to download a robocall blocking app. The FTC cannot recommend individual companies or apps, but Maxson said a simple search of reviews can lead consumers to a reliable option. Maxson said it’s also worth calling your phone carrier and see what spam filters they offer on your network.

A new way the FTC is working with the Federal Communications Commission and State Attorney’s General to try and stop robocallers is by targeting companies that provide the technology used in robocall operations, Maxson said.

Problem is, the worst offenders are outside U.S. borders, and mostly outside the reach of the FTC, Maxson added. He said these days, robocall scammers are even merging computer and phone technologies to spoof fake numbers in order to get around call-blocking software.

Demekia Bush said she hates when that happens.

“Honestly, based on the way the network is set up, and the way technology is right now that it is not possible to simply flip a switch and make something happen and make everything stop,” Maxson said.


If things are so bad you need to take drastic measures to stop robocalls, consumers always have the option of activating the Do Not Disturb function on a phone. That will block every number from calling your phone except your most trusted contacts or favorites to ensure those robocalls can’t reach you.

Hannah Markowitz said it has gotten to the point where she is willing to try anything.

“It is a little unsettling that all these people have our numbers and we just live with them calling us all the time,” Markowitz said.

Also, if you’re willing to make the effort, the FTC wants you to report every robocall you get at donotcall.gov. Maxson said it takes a few minutes to do, but it helps the FTC unravel algorithms used by the computer programs behind the robocalls to help identify who is responsible.

We tracked down a serial robocaller. This is what he said.

Why can’t the government stop robocalls?

How to stop getting robocalls