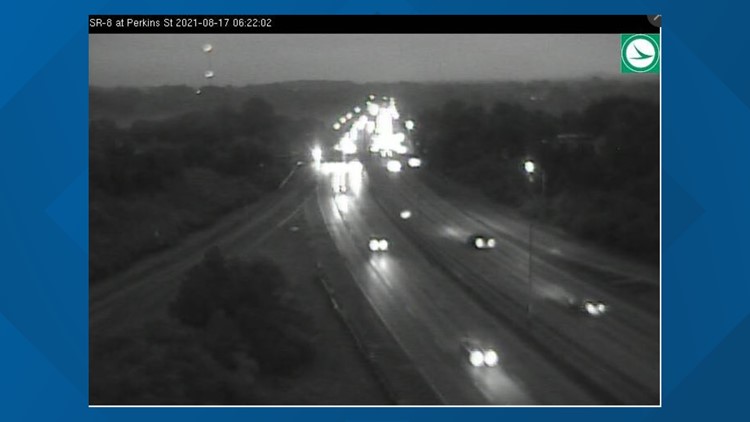 HUDSON, Ohio — EDITOR’S NOTE: The video in the player above is from a previous, unrelated story.

If your morning commute takes you on Route 8 South through Hudson, you may want to find an alternate route Tuesday morning.

That is because a crash has closed those lanes just south of the State Route 303 exit. The crash happened around 6 a.m. Tuesday morning and the city of Hudson says it involved one car.

The southbound lanes of the road in the construction zone are still shut down as of 7 a.m. Tuesday morning.

The city of Hudson confirmed the crash on its Facebook page, saying drivers should use an alternate route until the crash gets cleared up.

This is a developing story. Check back with 3News and wkyc.com for any further updates.