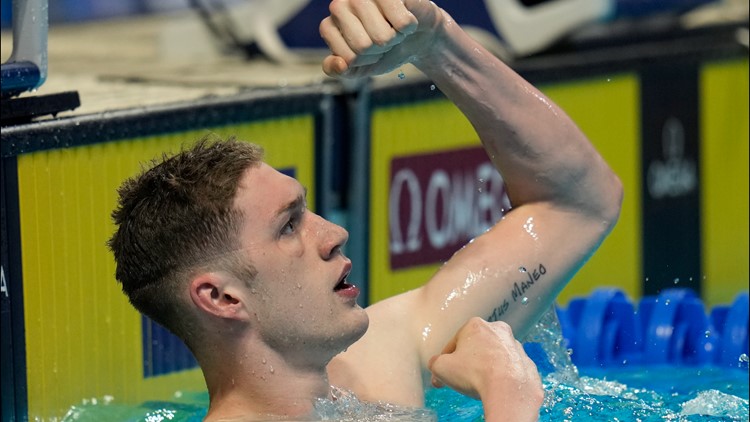 The swimmer won a gold medal for helping Team USA to qualify in the prelims for the 4×100 medley relay.

Another Ohio athlete has brought home a medal to the Buckeye State.

Dover native and Ohio State University swimmer Hunter Armstrong won a gold medal at the Tokyo Olympics on Saturday night for his role in getting Team U.S.A. to the finals in the 4×100 medley relay.

Armstrong, who swam backstroke Friday night in the preliminary rounds, did not take part in the Saturday evening final heat but will still receive the Olympic hardware for helping Team U.S.A advance, and later go on to win the gold.

Representing the United States, Ryan Murphy (backstroke), Michael Andrew (breaststroke), Caeleb Dressel (butterfly), and Zach Apple (freestyle) clocked in a new world record for the 4×100 medley relay, finishing in 3:26.78 and edging out Great Britain and Italy for the top prize.

The first-place finish also marked the tenth straight games in a row that Team U.S.A. has won gold in the 4×100 medley relay.

“My goal going into the Olympic Trials was just finish in the top six,” Armstrong recalled in an interview with 3News in early July.  “I wanted to make the U.S. National Team … but I just wanted to go there and have fun, because everybody says your first trials are the hardest.”

Dover’s Hunter Armstrong will also get the gold medal from that relay swim, since he helped the team qualify in the prelims at the backstroke. #Olympics

Armstrong told 3News earlier this summer that he felt “honored” to be the first male swimmer from the Ohio State University to swim for Team U.S.A at the Olympic games since 1956.

“I left the pool after the 100-back, and there were a bunch of little kids outside,” he said, discussing his Olympic trials performance. “I signed my first autographs and got pictures taken, and I’m like, ‘This is my life now, and I don’t want to disappoint them,’ so I’ll continue to work hard and hopefully inspire more youth.”

RELATED: No, US gymnasts don’t automatically replace Simone Biles in Olympic events she withdraws from