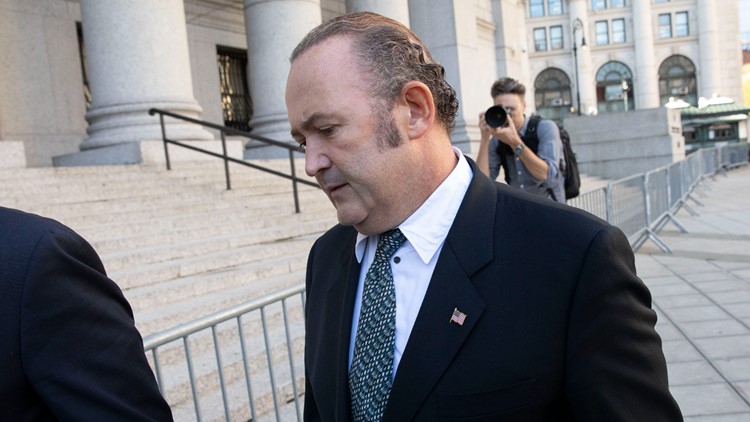 Igor Fruman was charged in 2019 with arranging illegal donations while trying to get Americans interested in investigating Joe Biden’s son in Ukraine.

NEW YORK — A man who helped Rudy Giuliani try to unearth damaging information about President Joe Biden in Ukraine is expected to plead guilty in a case alleging illegal campaign contributions to U.S. politicians, according to a court filing.

Igor Fruman was charged in 2019 with arranging hundreds of thousands of dollars in donations to Republicans and political action committees while trying to get Americans interested in investigating Biden’s son in Ukraine.

A court filing Monday said a hearing had been scheduled for Wednesday for Fruman to change his plea in the case. He’d previously pleaded not guilty to the charges, which also involve allegations that he helped a foreign national make donations to U.S. politicians in an effort to get support for a fledgling marijuana distribution business in states where the drug is legal.

The court filing didn’t include details on which charges were involved in Fruman’s change of plea.

His attorney and spokespeople for the U.S. attorney in Manhattan didn’t immediately return messages seeking comment.

Fruman and an associate, Lev Parnas, worked with Giuliani to try to convince Ukraine to open an investigation into Hunter Biden over his connection to a Ukrainian energy company.

Giuliani, a Republican, has acknowledged working extensively with the pair in connecting with Ukranian figures but said he had no knowledge of any illegal campaign contributions they may have made. Giuliani is not charged in the case.

Federal investigators in April seized electronic devices from Giuliani as part of a long-running investigation into whether his dealings with Ukrainian officials might have required to register as a foreign agent.

Giuliani has said he did nothing wrong and that the investigation is politically motivated.