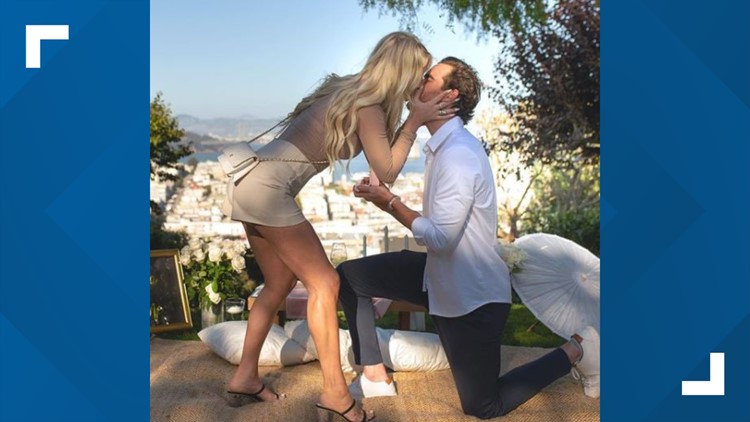 Shane Bieber proposed to his girlfriend Kara Kavajecz over the weekend.

CLEVELAND — Editor’s note: the video in the player above is from a previous, unrelated story.

The MLB Trade Deadline may be approaching, but Shane Bieber is officially off the market.

Well, at least in one regard.

Taking to Instagram on Monday, the Cleveland Indians pitcher’s longtime girlfriend, Kara Kavajecz, revealed that the couple became engaged over the weekend. Bieber, who is currently on the injured list as he continues to recover from a shoulder strain, proposed on Saturday in San Francisco while the Indians were in the Bay Area facing the Oakland Athletics.

“I always knew,” Kavajecz, a native of Northern California, wrote on the post along with the date of the engagement.

According to the website for Kavajecz clothing collection, she and Bieber met in Santa Barbara, where the right-handed pitcher spent his college career playing at UC-Santa Barbara.

Despite being sidelined since his most recent start on June 13, the 26-year-old Bieber has remained one of baseball’s best pitchers this season, ranking fifth in the American League with 130 strikeouts while also amassing a 7-4 record and 3.28 ERA in 14 starts. Earlier this month, the reigning American League Cy Young Award winner was selected to his second career MLB All-Star Game, although he was unable to participate in this year’s “Midsummer Classic” due to his injury.

Since making his debut in 2018, the right-handed throwing Bieber has established a reputation as one of baseball’s best young pitchers. Over the course of four seasons, he has totaled a 41-18 record to go along with a 3.31 ERA and 629 strikeouts.