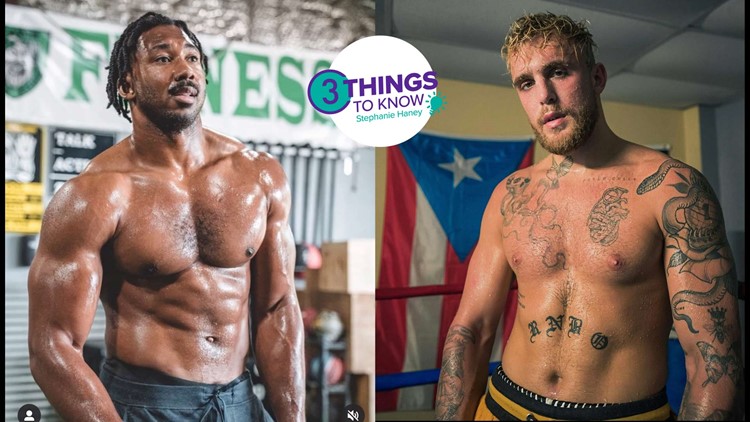 CLEVELAND — A native of Westlake, Ohio, Jake Paul is a Cleveland Browns fan.

“I love the Browns,” Paul told 3News’ Stephanie Haney on the 3 Thing to Know podcast ahead of his boxing match with former UFC welterweight champion Tyon Woodley at Cleveland’s Rocket Mortgage FieldHouse on Aug. 29.

But when it comes to comments that Myles Garrett made about his brother, Logan, Jake defended his brother against the Browns’ star defensive end.

Speaking to Complex Sports last week, Garrett told Zack Frydenlund that while he isn’t planning on taking part in a celebrity boxing match anytime soon, he would “beat the brakes off of Logan Paul” if the two were to square off. Asked about the All-Pro defensive end’s comments, Jake Paul told 3News’ Stephanie Haney that he envisioned a hypothetical fight between his older brother and Garrett going a bit differently.

“Stick to football, my friend,” Paul told Haney of his response to Garrett while on the 3 Things to Know podcast. “I like Myles. I have nothing against him, he’s an amazing player. But you saw what happened when Nate Robinson from the NBA tried to step into the ring. People don’t realize it’s a whole different sport.”


While Garrett is an avid boxing fan who has trained with former UFC heavyweight champion Stipe Miocic in the past, he hasn’t spent as much time in the ring recently as the Paul brothers, who have each taken part in high profile exhibitions over the course of the past year. Earlier this year, Logan Paul lasted eight rounds with boxing legend Floyd Mayweather — although a viral video showed Mayweather appearing to keep Paul from suffering a would-be knockout.

Measuring in at 6-foot-2 and 189.5 pounds prior to his fight against Mayweather, Logan Paul would be at a significant size disadvantage against the 6-foot-4, 272-pound Garrett. But according to Jake, Garrett’s size would be no match for Logan’s skill, as he’s already witnessed his brother beat up on bigger opponents with football backgrounds.

“My brother sparred against all of the Gronkowski brothers who are 6’5, 6’6’, 6’7 and he took them all down in the same sparring session,” Jake said. “People don’t realize this is a sport where time and experience is really the only thing that gets you better. So long story short, my brother would knock him out, no question. But nothing against Myles.”