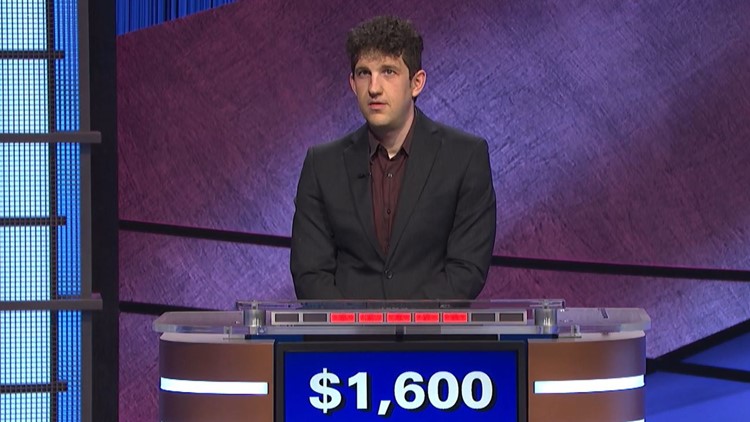 Matt Amodio became the third highest-grossing player in ‘Jeopardy!’ history on Monday when he won his 17th game, collecting $547,000.

Matt Amodio became the third highest-grossing player in ‘Jeopardy!’ history on Thursday when he won his 17th game, collecting $547,000.

Amodio passed the $500,000 mark when he won his 16th straight game Wednesday night.

Originally from the Cleveland area, Amodio graduated from Ohio State before heading to New Haven Connecticut to pursue his Ph.D.

The Ohio State grad drew criticism from some fans over his use of the term “What’s” instead of “What is” when answering questions on the show. The backlash was enough for the show to clarify on its website.

According to the official rules of the game, as laid out on the ‘Jeopardy!’ website, “‘…all contestant responses to an answer must be phrased in the form of a question.’ It’s that simple.’”

The next edition of ‘Jeopardy!’ airs Friday night.