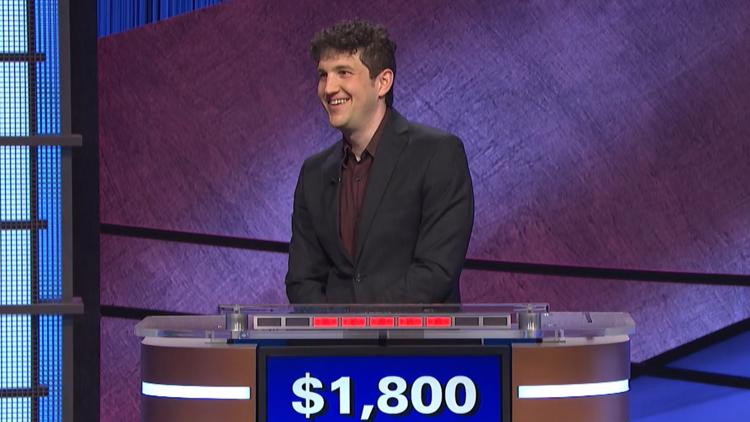 Matt Amodio became the fourth highest-grossing player in ‘Jeopardy!’ history on Monday when he won his 14th game, collecting $440,000.

Matt Amodio became the fourth highest-grossing player in ‘Jeopardy!’ history on Monday when he won his 14th game, collecting $440,000.

Originally from the Cleveland area, Amodio graduated from Ohio State before heading to New Haven Connecticut to pursue his Ph.D.

During his 14th win, Amodio had a conversation with guest host Joe Buck. Buck, traditionally a sports broadcaster, called the 2016 World Series between the Chicago Cubs and the Cleveland Indians.

Buck talked with Amodio about the series, saying he understood he was to blame for Amodio’s good and bad moods during game seven.

“You were there with me when Rajai Davis hit a game-tying home run and I was so happy, but unfortunately you were also there with me a couple of innings later when it all ended,” Amodio said.

Amodio was not thrilled the Cubs won their first World Series in over a century.

Matt Amodio finally gets the chance to talk through the 2016 Cubs vs. Indians World Series with Joe Buck. pic.twitter.com/PgOqD6IwHE

The Ohio State grad drew criticism from some fans over his use of the term “What’s” instead of “What is” when answering questions on the show. The backlash was enough for the show to clarify on its website.

According to the official rules of the game, as laid out on the ‘Jeopardy!’ website, “‘…all contestant responses to an answer must be phrased in the form of a question.’ It’s that simple.’”

The next edition of ‘Jeopardy!’ airs Monday night.