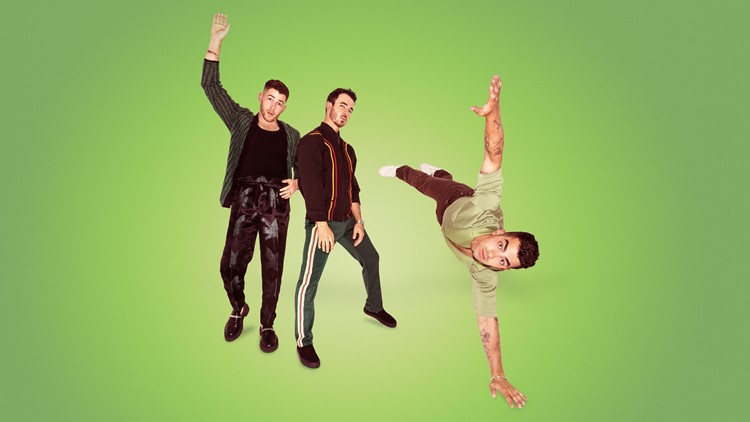 In a video posted to Instagram Sunday, Kevin, Nick and Joe can be seen pulling up to a fan wearing a Jonas Brothers top in Ohio City and telling her ‘nice shirt.’

CLEVELAND — Editor’s note: The video in the player above is from an unrelated, previously published story.

The Jonas Brothers made ‘Happiness Begin’ for at least one fan in Northeast Ohio on Sunday.

In a video posted by Nick Jonas to Instagram, the group, which is currently in town to film ‘Macy’s 4th of July Fireworks Spectacular,’ can be seen pulling up to a fan wearing a Jonas Brothers tee-shirt and walking her dog in Ohio City, telling her, ‘nice shirt.’

On Sunday morning, Joe Jonas shared a picture to his Instagram story from inside the Ohio City staple, Rising Star Coffee Roasters, confirming his own visit to the Northeast Ohio city.

Similarly, Kevin took to Instagram Sunday afternoon, sharing a video from the backseat of a car while driving over the Hope Memorial bridge into downtown Cleveland. Kevin tagged Cleveland’s Q104 as the radio station played the brothers’ new song, “Leave Before You Love Me.”

The Jo Bros are reportedly in town to film the ‘Macy’s 4th of July Fireworks Spectacular’ show, which will air on NBC July 4 at 8 p.m. and is set to feature acts like Coldplay, OneRepublic, The Black Pumas and Reba McEntire.

While the details surrounding the event have remained incredibly tight-lipped, including the performance’s location, Nick, Kevin and Joe are clearly not afraid to let fans know that they are in the C-L-E.

If you didn’t happen to get tickets for the exclusive performance, don’t worry, the group will make a second trip to Northeast Ohio later this year, returning in September at Blossom Music Center for the ‘Remember This’ tour.

Many could be back homeless as COVID homeless hotel housing ends
Before collapse, $9 mil in repairs needed for Florida building
Comment