Although Tori said she wanted to compete on The Challenge with her ex, Jordan Wiseley has no intention of joining a season with his former fiancée.

Although Tori Deal has said it would “be amazing” to compete on The Challenge alongside her ex-fiancé Jordan Wiseley, Jordan doesn’t agree. In fact, he has no plans to return to The Challenge at all if Tori is there. Immediately following their split, both Jordan and Tori remained fairly tight-lipped about their breakup. But following Tori’s interview with Chicks in the Office, Jordan is breaking his silence about the current state of their relationship.

Related: The Challenge: Worst Competitors Of All Time On The Show

Now, Jordan is speaking up about his relationship with his fellow Challenge star. In a recent interview with Danny Pellegrino, Jordan discussed some of the current drama going down between him and Tori (via YouTube). While they initially ended the relationship on good terms, comments following the breakup have left a bad taste in his mouth. Considering the drama of an ended engagement, Danny asked if Jordan got calls from The Challenge about returning to do a season with Tori. While Jordan admitted he was contacted, he flat-out said, “I’m not going back with Tori.”

See also  Capitol rioters express regret after not getting pardoned

Jordan went on to explain his decision, expressing that he has no control over the narrative on reality TV. “It’s not that I want to win this,” Jordan explained. “I was so hurt by the way the Tori and I all broke apart because, number one thing, it cheapened all of it.” Jordan went on to say that he and Tori had serious conversations about their future and suggested the resulting drama of their breakup made their relationship seem like just another reality TV storyline. “This is my best friend, I trusted her, and now I have pie on my face,” Jordan explained.

Jordan also revealed he and Tori separated two months before their official statement and agreed, at the time, to avoid doing interviews talking about the split. However, when Jordan saw Tori’s recent interview about their breakup, he was frustrated by the lack of accuracy in some of her statements. While Tori claimed they broke up before she went on The Challenge, Jordan claimed that was “news to me.” Jordan also said he has re-entered the dating scene, but didn’t give any further information about his current dating life.

For a while, it seemed both Jordan and Tori were going to be incredibly mature about their breakup. However, that all fell apart when Tori was caught flirting with Fessy Shafaat on The Challenge: Double Agents, which was filmed before her breakup with Jordan. Now, Tori seems to be trying to save her image, but Jordan has no intention of letting her spread false information. No matter how this drama ends, it’s clear that Tori and Jordan won’t be competing on The Challenge together any time in the near future.

Next: The Challenge: The Most Toxic Players In The History Of The Show

90 Day Fiancé: Paul & Karine Are Still Together & Fans Are Unhappy 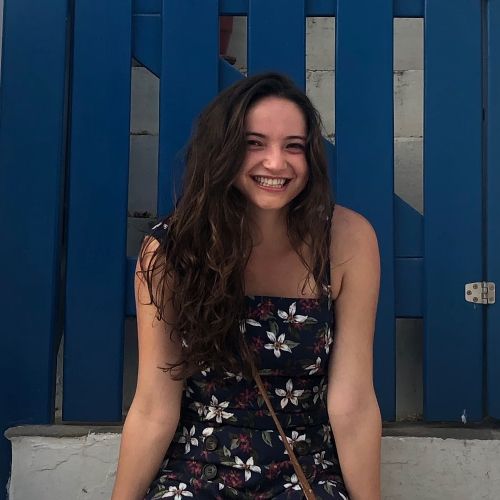 A graduate of Loyola Marymount University, Jessica Bedewi is a freelance writer who uses her BA in Communications and Sociology to put her love of reading and writing to good use. An avid watcher of all things reality TV, Jessica employs her love for real world television to create reality TV content for Screen Rant.
Fond of taking a critical approach to entertainment, Jessica enjoys poking fun at the things she loves most. From superhero movies to thriller novels, her entertainment-centric articles draw out the interesting and subtle tropes that are often ignored at first viewing. While she enjoys looking at things through an analytical lens, there’s nothing she loves more than zoning out for a day and losing herself in a great TV show. You can find her articles all around the Internet, including Ranker and Sweety High.
When she’s not writing, you can find her binge-watching Netflix, practicing her mad crochet skills, and reading everything she can get her hands on.