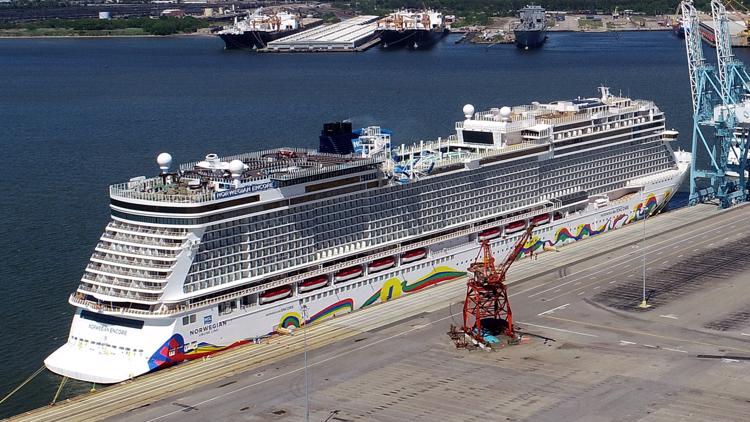 The court determined the cruise company was likely to win its legal fight.

ST. PETERSBURG, Fla — A federal judge has sided with Norwegian Cruise Line in its battle with Florida over requiring proof that its passengers are vaccinated against COVID-19.

Back in May, Gov. Ron DeSantis signed a law prohibiting businesses from requiring proof of customers’ vaccination status.

“In Florida, your personal choice regarding vaccinations will be protected and no business or government entity will be able to deny you services based on your decision,” DeSantis said at the time.

In court, however, Norwegian argued such legislation wasn’t just unconstitutional but also jeopardizes the health and safety of cruise passengers and crew members.

The court said Norwegian was likely to prevail on First Amendment grounds and also under the Dormant Commerce Clause, which limits the ability of states like Florida to enact laws that substantially burden interstate commerce. The judge also determined the cruise line could suffer irreparable damage without an injunction and that the public health interest largely weighs in favor of Norwegian’s arguments.

“While litigation is a strategic tool of last resort, our Company has fought to do what we believe is right and in the best interest of the welfare of our guests, crew and communities we visit in an effort to do our part as responsible corporate citizens to minimize, to the greatest extent possible, further spread of COVID-19 as we gradually relaunch our vessels,” Daniel S. Farkas, executive vice president and general counsel of Norwegian Cruise Line Holdings Ltd, wrote Sunday.

As a result of the ruling, Norwegian will be able to check and document passengers’ vaccination statuses.

Norwegian’s first sailing from Florida since the pandemic began is set for Aug. 15 when the Norwegian Gem departs Miami.

“We want nothing more than to sail from Miami, the Cruise Capital of the World, and from the other fabulous Florida ports and we welcome today’s ruling that allows us to sail with 100% fully vaccinated guests and crew which we believe is the safest and most prudent way to resume cruise operations amid this global pandemic,” Frank Del Rio, president and chief executive officer of Norwegian Cruise Line Holdings Ltd, wrote in a statement.