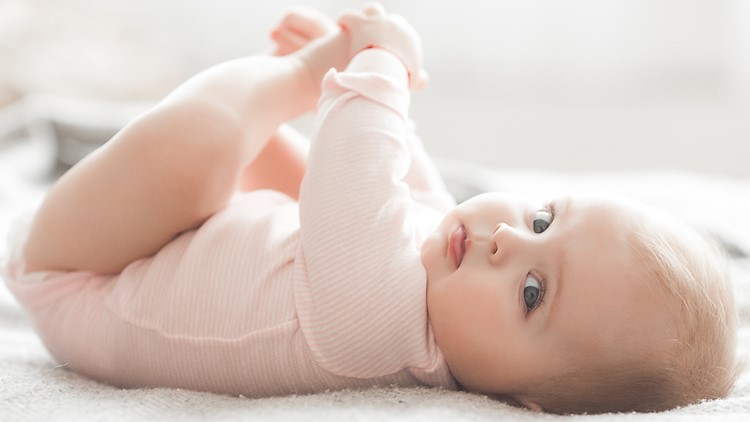 Karen was once the 3rd-most popular baby name in America. Recent data shows it’s fallen a long way since then.

WASHINGTON — It’s a sign of the times, yes, but it looks like the name “Karen” is fighting an uphill battle to stay mainstream.

It might not come as a surprise to many, as the name holds a certain vintage space in U.S. culture, since the height of its popularity back in the 1960s.

The popularity of the name Karen peaked in 1965, when it was the third-most popular name for baby girls born in the U.S. According to data from the Social Security Administration, there were 32,873 newborn girls named Karen that year, representing 1.799% of all female births in 1965.

Well, that status has plummeted since then and it really started to fall around the year 2000, showing a noticeable decline in popularity around 2010 and the years surrounding it.

The name hit its lowest ranking since 1929, according to the SSA.

The Social Security Administration compiles data on names according to registered Social Security number holders, and they have been doing so since 1879. Many people before 1937 never applied for Social Security cards so names during that time are not included in the data.

While the name Karen has certainly taken a big hit in the 21st century, overall it’s still the tenth-most popular name for baby girls from 1921-2020.

The name of course has seen a sharp decline in recent years, no doubt in part, because of a string of incidents recorded and posted online of overbearing individuals in public deemed “Karens.”

Last year, before Halloween, a Los Angeles-based artist sought to profit off the trend by creating what he called “Karen” masks.

Artist Jason Adcock make the scary masks with their distinctive stereotypical bob haircut and sold them on Instagram.

Adcock wrote in an Instagram post, “2020 is the year of the KAREN! Scare all ur friends with ur big hair and narrow mind.”

Also in 2020, San Francisco Supervisor Shamann Walton introduced the “CAREN Act,” otherwise known as the Caution Against Racially Exploitative Non-Emergencies Act. The bill focused on making false reports to police. While that is already a crime in San Francisco, the “CAREN Act” was meant to amend police code making it against the law to falsify a report based on a person’s race, religion, gender, ethnicity or sexual orientation.