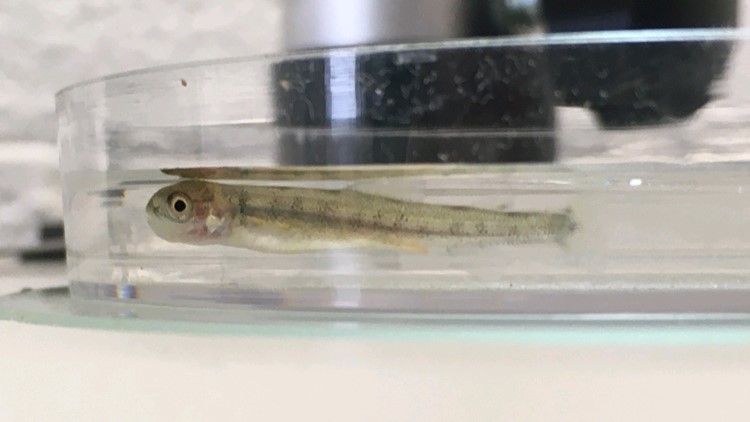 Wild baby trout, called a fry, were identified by state Department of Environmental Conservation this spring.

CHAUTAUQUA COUNTY, N.Y. — Signs of trout reproduction in Lake Erie have been documented for the first time in over 60 years.

“Today marks a key milestone in the restoration of lake trout in Lake Erie after six decades of significant investments to improve water quality and habitat and promote sound fisheries management,” DEC Commissioner Basil Seggos said. “This phenomenal Great Lakes story of recovery is a testament to the perseverance of the researchers and biologists from DEC and partner agencies who worked tirelessly to help restore this fishery.”

The discovery comes from a study the DEC conducted to find potential lake trout spawning areas in eastern Lake Erie. Fry fish were trapped off on a rock reef five miles west of Barcelona Harbor in Chautauqua County in May. Researchers at Trent University confirmed the identification of a trout fry through genetic bar-coding in July.

Lake trout were once the top predator in Lake Erie, some fish were measured at 75 lbs. Commercial fishing for lake trout in Lake Erie starting in the 1700s destroyed the lake population and by 1965 there were no more lake trout.

Population restoration efforts began in 1982 with annual stocking and repressing the invasive sea lamprey fish, which is a parasitic jawless fish that feeds on other fish with a suction-disk mouth filled with teeth and a file-like tongue.

Some of the largest trout available to New York anglers are in Lake Erie. The state record for largest lake trout of 41 lbs, 8 oz was caught in Lake Erie.