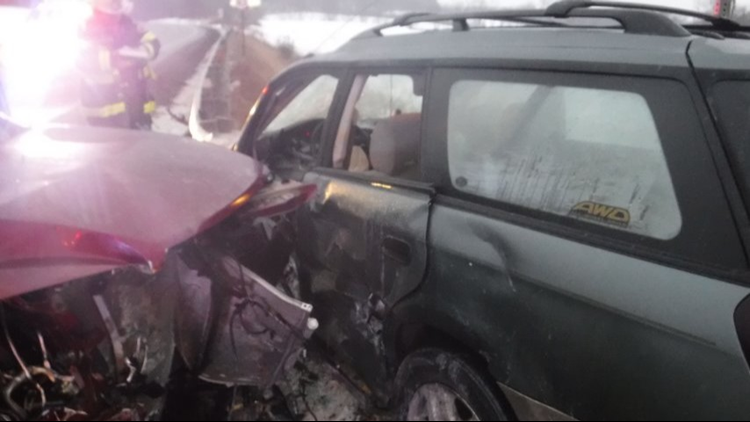 Based on a launch, the crash occurred on the intersection of State Route 43 and Waynesburg Drive in Sandy Township simply after 5:30 p.m.

Troopers say 32-year-old Ryan Hawkins of Lakewood was headling south on SR 43 in his Subaru Outback and was struck by a Toyota Highlander pushed by 34-year-old Alexandria Smith of Magnolia. Smith was going west on Waynesburg Drive, however did not yield at a cease signal and crashed into Hawkins’ automobile. His Outback when off the suitable aspect of the highway and struck a guardrail.

Hawkins was not sporting a seatbelt on the time of the crash. He was first taken by EMS to Mercy Medical Heart with life-threatening accidents, earlier than later being transported to Akron Metropolis Hospital the place he remained in crucial situation.

Smith was handled on scene by EMS and launched with potential minor accidents.

The crash stays beneath investigation