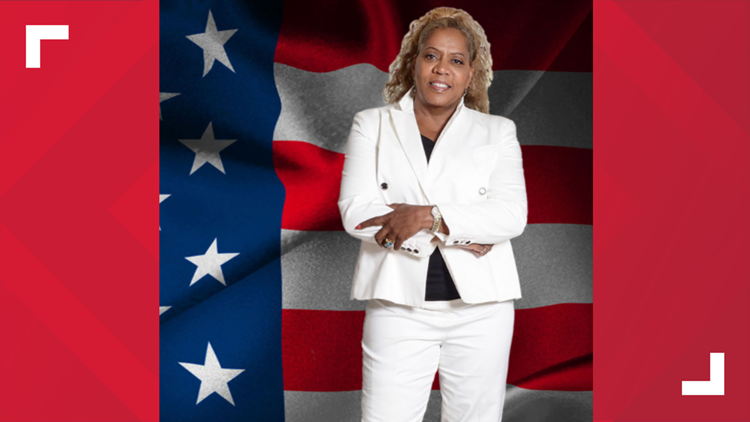 She was also the nominee in last year’s election, when she lost to now-HUD Secretary Marcia L. Fudge by more than 60 percentage points.

CLEVELAND — EDITOR’S NOTE: The above video originally aired back in March, before the primary

The Republicans officially have their nominee in the race to succeed longtime Northeast Ohio U.S. Rep. Marcia L. Fudge.

Businesswoman Laverne Gore won the party’s special primary Tuesday night in the state’s 11th Congressional District, with the Associated Press calling the race just before 8:50 p.m. Gore has been endorsed by the Ohio GOP, and is expected to defeat former Democrat Felicia Washington Ross by a wide margin.

“I understand that being educated in the Cleveland public school system was a plus for me when I went to college on a full scholarship to the Claremont Colleges,” Gore told 3News’ Russ Mitchell during a March interview. “I understood that I could compete effectively, I understood that the neighborhoods were strong, I understood the commitment to each other as participating members in the 11th district. We were one.”

Gore has also attempted to paint herself as the “new leadership” the district needs. The 11th’s seat (going back to its days as part of the old 21st District) has not been represented by a Republican since Harry C. Gahn in 1923, and Gore herself lost to Fudge 80%-20% last year just months before Fudge left Congress to become U.S. Secretary of Housing and Urban Development under President Joe Biden.

Gore is once again expected to be a heavy underdog in November’s general election. The Democratic Primary has become a two-way battle between Cuyahoga County Councilwoman and Democratic Party Chair Shontel Brown and former State Sen. Nina Turner, with that race still too close to call when polls closed.