Home » LeBron James to switch jersey number from 23 to 6 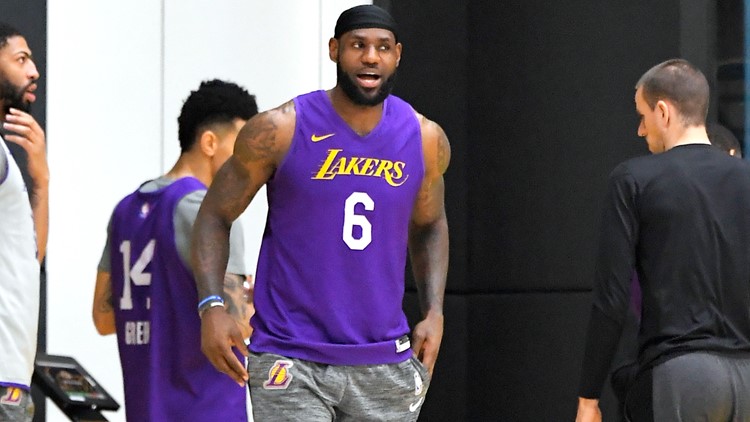 LOS ANGELES — Editor’s note: the video in the player above is from a previous story.

For all but four years of his NBA career, LeBron James has been associated with one jersey number: 23. But as the four-time NBA champion enters his fourth season with the Los Angeles Lakers, he’ll be returning to the only other number he’s worn during his 18-year career.

According to Shams Charania and Tim Cato of The Athletic, James intends to wear No. 6 throughout the 2021-22 season. The four-time MVP previously wore No. 6 during his four seasons as a member of the Miami Heat (2010-14) and has routinely worn a No. 6 practice jersey during his time with the Cleveland Cavaliers and Lakers.

James’ flirtation with returning to his old jersey number dates back to 2019, when the Lakers acquired All-Star forward Anthony Davis in a blockbuster trade with the New Orleans Pelicans. Following the trade, the Akron native indicated on social media that he would allow Davis to wear the No. 23 — the same number he wore with the Pelicans and during his college career at Kentucky — but Nike, with whom James has a lifetime sponsorship deal, reportedly nixed the move due to its inventory of James’ No. 23 jerseys.

But while James will apparently be wearing No. 6 next season, it appears that his soon-to-be former number will go unused. Per Charania and Cato, Davis plans to keep the No. 3 jersey that he’s been wearing since joining the Lakers two years ago.