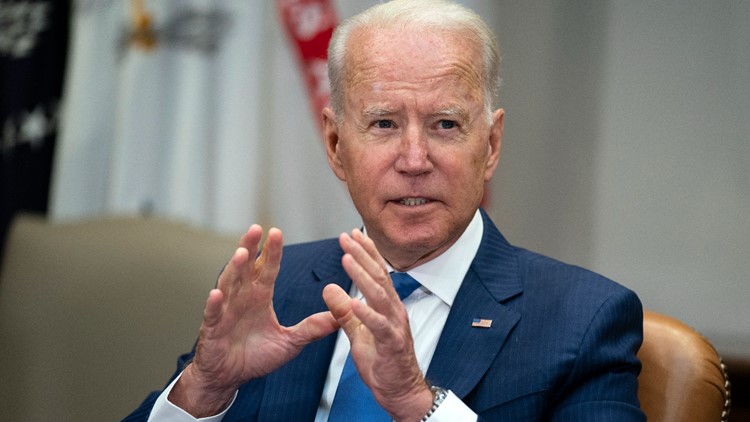 WASHINGTON — President Joe Biden is scheduled to deliver remarks Monday morning on the economy, making the case for a major infrastructure investment by the federal government.

Schumer, D-N.Y., said he was scheduling a procedural vote for next Wednesday to begin debate on a still-evolving bipartisan infrastructure bill. Senators from both parties, bargaining for weeks, have struggled to reach final agreement on a $1 trillion package of highway, water systems and other public works projects.

Schumer said he also wanted Democratic senators to reach agreement among themselves by then on specific details of a separate 10-year budget blueprint that envisions $3.5 trillion in spending for climate change, education, an expansion of Medicare and more.

Biden’s remarks are scheduled to begin at 11:30 a.m. Eastern.

On Sunday, Republican Sen. Rob Portman said a proposal to strengthen IRS enforcement to crack down on tax scofflaws to help fund the bipartisan infrastructure spending bill was officially off the table.

Portman’s announcement that the IRS provision had been removed underscores the difficulty facing the bipartisan group of Republican and Democratic senators in finding mutually agreeable ways to pay for billions of dollars of new spending their White House-backed plan calls for.

After his remarks, Biden is set to host King Abdullah II of Jordan, a meeting that comes at one of the most difficult moments of the Jordanian leader’s 22-year rule and at a pivotal moment in the Middle East for Biden.

What sports are in and out at this year’s Olympics?
Cleveland Browns blood drive set for July 31 in Northeast Ohio
Comment