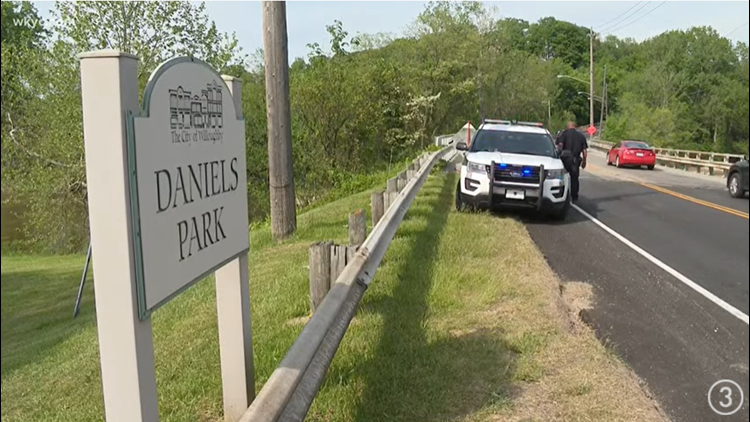 WILLOUGHBY, Ohio — Police are investigating after what is being called a “suspicious object” was found in the Chagrin River Friday.

Authorities say the object, believed to be a piece of military equipment, was located in Willoughby’s Daniels Park along Johnnycake Ridge Road. While there is “no immediate threat to the community,” all roads around the area have been closed and residents are asked to stay clear.

State and local officials are currently at the scene, including the Lake County Bomb Squad. Reinforcements from Wright-Patterson Air Force base are being called in, and a plan is being made to get the device out safely.

You can see video of the military ordnance found by the Willoughby Police Department in the video below: