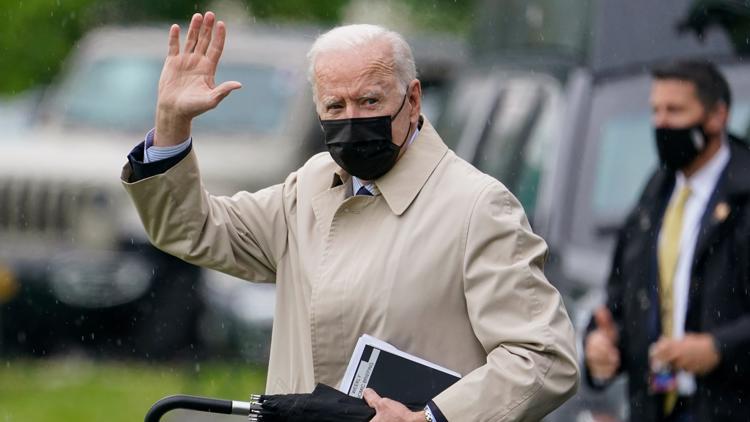 The list of just under 400 names released starts on Inauguration Day Jan. 20 and ends on Jan. 31. The White House says it will release the logs monthly.

WASHINGTON — The White House on Friday began voluntarily identifying people who visited with President Joe Biden or his aides, reinstating a practice put in place by Democrat Barack Obama but later dropped by Republican Donald Trump.

“This release was made in accordance with the reinstated policy to voluntarily disclose White House visitor logs,” the White House said. “These logs give the public a look into the visitors entering and exiting the White House campus for appointments, tours, and official business — making good on President Biden’s commitment to restore integrity, transparency, and trust in government.”

Nearly 400 names appear in the records released Friday, covering the period from Inauguration Day, Jan. 20, to Jan. 31. Seven individuals met with Biden, who is identified as “POTUS” — for “President of the United States.”

Records from the Naval Observatory — where Vice President Kamala Harris’ official residence is located — will also be released when they are generated, the White House said.

But the logs will provide just a partial picture of exactly who has been to the White House.

RELATED: In GOP stronghold, Biden pushes for his infrastructure plan

Certain types of information will be withheld before the logs are released, the White House said, including personal information such as dates of birth and Social Security numbers.

Information bearing on national security interests, related to “purely personal guests” of the Biden and Harris families or about staff members who were processed through the visitor system before they received access badges also will not be released.

The White House said it also will not release records of particularly sensitive meetings — and offered the example of a visit with a potential Supreme Court nominee — until that information is no longer deemed sensitive.

Also not being released are names of people who attend virtual meetings, which is how the White House has been conducting a lot of its business during the coronavirus pandemic.

The White House said it considers the visitor logs to be subject to some federal records laws and will preserve them accordingly.

“This is a sea change from the last administration and a key step in the right direction on transparency,” tweeted Noah Bookbinder, president of Citizens for Responsibility and Ethics in Washington.

Trump had promised transparency but, once in office, his administration shifted course and cited privacy and national security concerns for refusing to disclose which individuals or groups were visiting, and possibly trying to influence government policy.

Senior Trump White House officials had argued that keeping the logs secret was in line with the practice followed by previous administrations, except for Obama. They said keeping Obama’s practice of voluntarily releasing the records could interfere with policy development.

In 2018, the consumer advocacy group Public Citizen reached agreement with the U.S. Secret Service clearing the way for public release of visitor logs for four White House agencies: the Office of Management and Budget, the Office of Science and Technology Policy, the Office of National Drug Control Policy and the Council on Environmental Quality.

The Obama administration initially fought attempts by Congress and conservative and liberal groups to obtain visitor records. But after being sued, it voluntarily began disclosing the logs in December 2009, the end of Obama’s first year in office, and posting records every three to four months.

It continued to release the records even though a federal appeals court ruled in 2013 that the logs can be withheld under presidential executive privilege.

Ultimately, nearly 6 million visitor records were released, though certain visits were excluded, including for national security or law enforcement reasons.

Why Zelda: BOTW Once Had Skydiving
Are New Animal Crossing Villagers Coming In 2021?
Comment