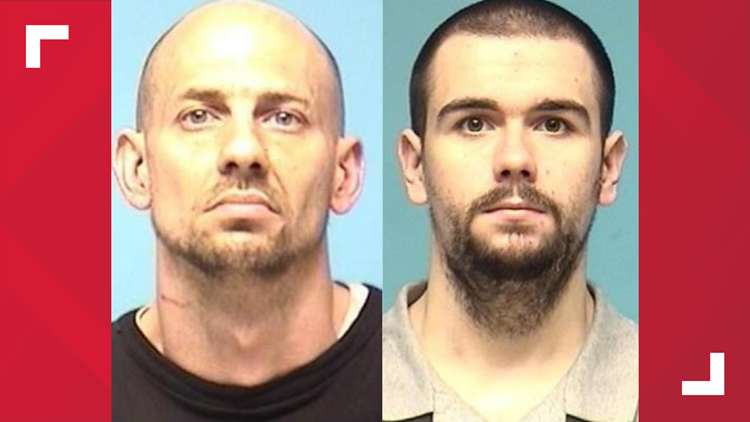 Kevin McKitrick and Justin Hamilton escaped from the Lorain County Community Based Correctional Facility in Elyria on June 29.

LORAIN COUNTY, Ohio — The Lorain County Sheriff’s Office is asking for the public’s assistance in locating two men who recently escaped from the Lorain/Medina Community Based Correctional Facility, located in Elyria.

According to officials, Justin Hamilton and Kevin McKitrick were able to escape the facility on June 29 by breaking a window around 8:30 p.m. and climbing out.

Initial investigations revealed that the two men may have been picked up by someone outside of the facility, possibly by another accomplice.

McKitrick was last seen wearing a red T-shirt and blue pants and is described as a white male, 5’8, 150 lbs with blondish hair and hazel eyes. His last known residence is in the city of Elyria, Ohio.

Officials tell 3News that McKitrick was held at the Lorain County institution for Aggravated Robbery.

Hamilton was last wearing a white T-shirt and blue pants and is described as a white male, 5’10, 170 lbs with black hair and green eyes. His last address is listed as Vermillion.

Hamilton was incarcerated for Tampering with Evidence.

Both individuals have active charges for escape.