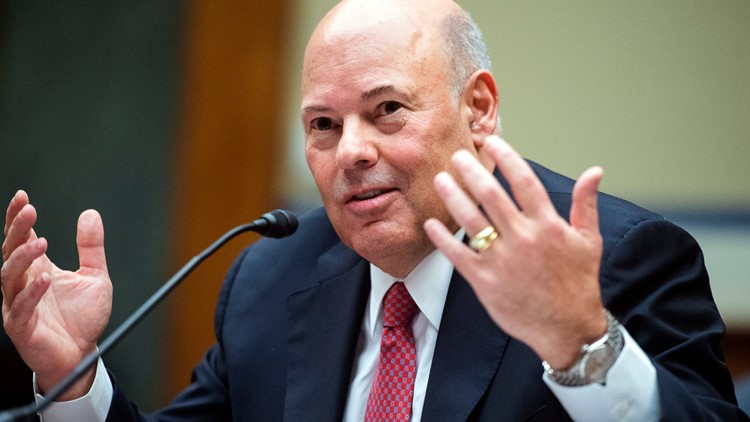 Amid questioning before a congressional committee last year, DeJoy denied he repaid executives at his former business for contributing to Donald Trump’s campaign.

Federal authorities in recent weeks have subpoenaed DeJoy and interviewed current and former employees of DeJoy and his business, The Washington Post reported. Mark Corallo, a DeJoy spokesman, confirmed an investigation in a statement to The Associated Press.

“Mr. DeJoy has learned that the Department of Justice is investigating campaign contributions made by employees who worked for him when he was in the private sector. He has always been scrupulous in his adherence to the campaign contribution laws and has never knowingly violated them,” Corallo said.

The agency declined to comment on news of the investigation.

DeJoy, a wealthy former logistics executive, has been mired in controversy since taking over the Postal Service last summer and putting in place policy changes that delayed mail before the 2020 election, when there was a crush of mail-in ballots.

Last year, DeJoy faced additional scrutiny after the newspaper reported that five people who worked for his former company, New Breed Logistics, said they were urged by aides of DeJoy or by DeJoy himself to write checks and attend political fundraisers at DeJoy’s North Carolina mansion. Two former employees told the newspaper that DeJoy would later give bigger bonuses to reimburse for the contributions.

It’s not illegal to encourage employees to contribute to candidates. It is illegal to reimburse them as a way of avoiding federal campaign contribution limits.

DeJoy, who has not been charged with a crime, denied he had repaid executives for contributing to Trump’s campaign, amid questioning before a congressional committee last year.

A district attorney in Wake County, North Carolina, earlier this year decided not to pursue a criminal investigation into the allegations, saying the matter was out of her office’s jurisdiction.

Corallo said DeJoy will cooperate with the investigation.

“Mr. DeJoy fully cooperated with and answered the questions posed by Congress regarding these matters. The same is true of the Postal Service Inspector General’s inquiry which after a thorough investigation gave Mr. DeJoy a clean bill of health on his disclosure and divestment issues. He expects nothing less in this latest matter and he intends to work with DOJ toward swiftly resolving it,” Carallo said.

Does China have a ban in country on virtual currencies?
Canfield man sentenced for sex trafficking several minor s
Comment