JEFFERSON, Maine — When Emmily Austin visited Boston’s Franklin Park Zoo, she never expected the bond she would form there with Kiki the gorilla, also a mother.

“She kept looking around the corner of the cave,” Austin said. “I was like, ‘She’s looking at Canyon.'”.

Canyon is Austin’s five-month-old son. Last weekend, the Austins were exploring the gorilla exhibit at the zoo when Kiki surprised them.

“I was holding him up to the glass, and was like ‘Yeah look, it’s my baby.’ And was like, ‘How cool would it be if she came to see him?'” Austin said. “‘I had said that several times but I wasn’t really expecting it.”

Then, Kiki, a mother of five, made her way over to the glass that the Austins were peering through.

Mainer Emmily Austin and her family visited the Franklin Park Zoo in Boston last weekend. That’s where Emmily, and her 5-week-old son discovered an incredible bond with Kiki the gorilla, who’s a mother herself. Be sure to catch the full story tonight at 6! @newscentermaine pic.twitter.com/KoCEg188kK

“It was so sweet,” Austin said. “For like well over five minutes she just sat there watching him and just staring at him so lovingly.”

Kiki is mother to four daughters, and one son, Pablo, who was born in October 2020, according to the Franklin Park Zoo’s website. She is a Western Lowland Gorilla, native to Central Africa.

Eventually, Kiki brought over her own son, Pablo to see Canyon.

“Her face was just so in love,” Austin said. “She was showing her baby,my baby.”

“I was just in awe,” she said. “Trying to pet his face through the glass, and trying to hold his hand … just the most beautiful thing. You could see the emotion in her eyes.”

Austin said that her son slept through most of the experience, but she’s excited to return to the zoo to hopefully rekindle the relationship she made with Kiki.

“When I walked into the zoo that day, I never could’ve imagined that we’d have this experience,” she said. “It was so beautiful and we walked out over the moon. And we had so many people stop us and tell us that was the most beautiful thing we’ve ever watched. And it was so touching, it really was. You could feel the emotions were just in the air.” 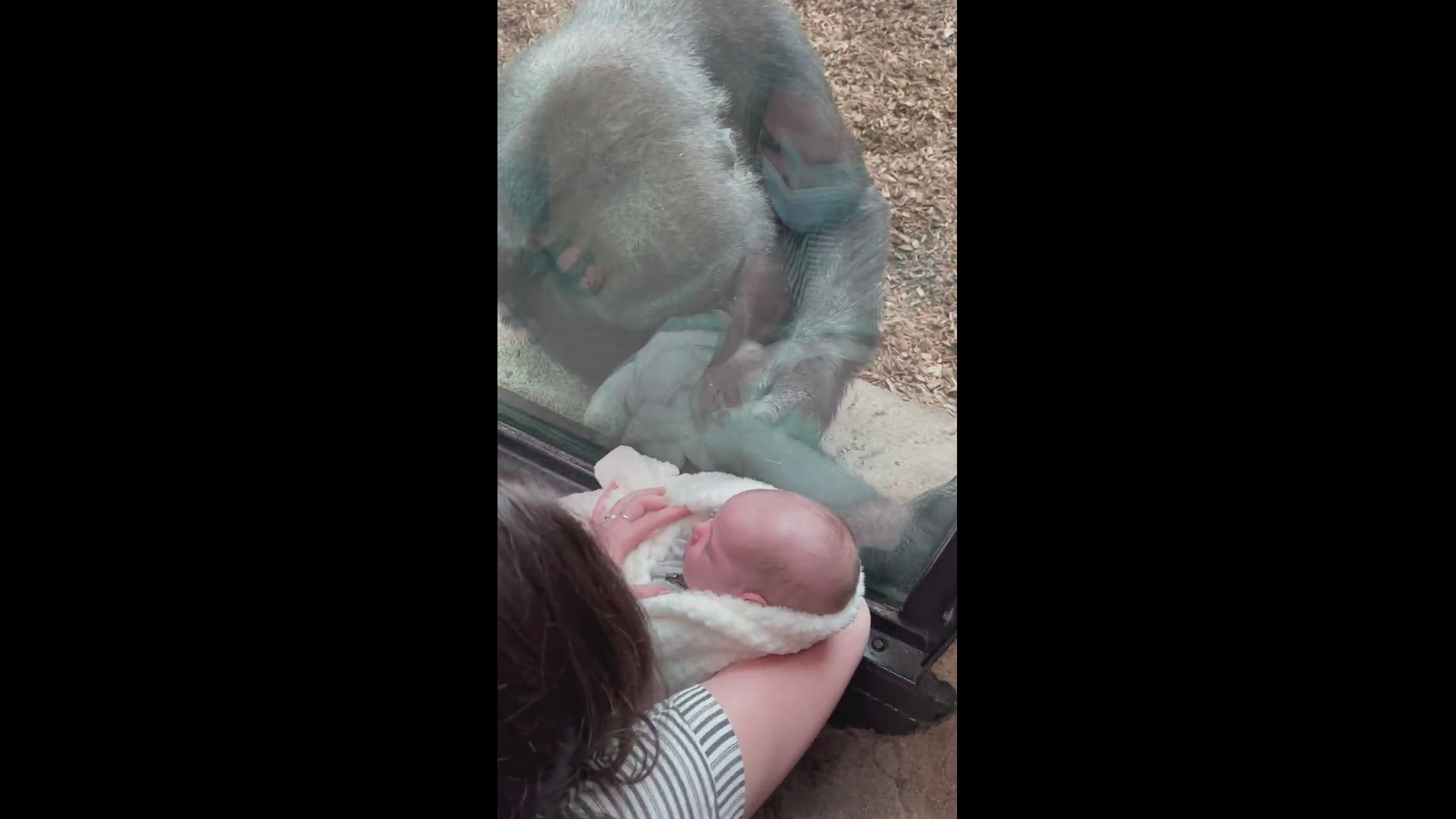