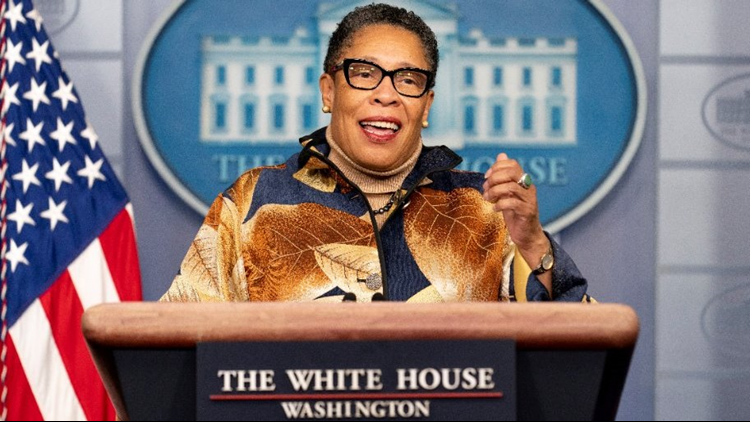 Photo posted on Facebook under headline ‘Good Fellas’ shows a man convicted in the Cuyahoga corruption scandal also at the table.

She can’t say so publicly, but U.S. Housing and Urban Development Secretary Marcia Fudge has a strong interest in who fills the 11th Congressional seat she vacated to join President Joe Biden’s cabinet.

The Warrensville Heights Democrat has long played an active role in politics in Cuyahoga County and the district, where she’s been involved in intra-party battles for judgeships, endorsements and party leadership. She relied on her local political acumen and network to get to congress in 2008, following in the footsteps of two black icons: Louis Stokes and Stephanie Tubbs Jones.

Brown, who has long considered Fudge her mentor, is among 13 Democrats vying for the seat. But the race is largely between Brown and former Ohio State Sen. Nina Turner, who chaired U.S. Sen Bernie Sanders presidential campaign. Brown has pledged to support Biden’s agenda while Turner has campaign on a more progressive agenda.

As HUD secretary, Fudge can’t publicly endorse or promote Brown’s candidacy, though she remains close to her.

Tuesday night, for instance, Fudge met with Brown and a dozen others at Frederick’s Wine and Dine in Warrensville Heights, one of Fudge’s favorite dining spots. The meeting was organized by Kenn Dowell, a political consultant for Brown and who has worked for Fudge in the past.

Dowell said the meeting was not a political one but a gathering among friends in public to celebrate Fudge’s confirmation as HUD Secretary. Dowell told 3News that he and others had not had a chance to congratulate Fudge in person since her March swearing in.

If Fudge uses her office or title to promote a candidate, she could run afoul of the federal law known as the Hatch Act.

3News reached out to Fudge for comment. Meaghan Lynch, HUD’s press secretary, said, “Secretary Fudge had dinner in her personal capacity and is committed to following all ethical standards and guidelines.”

Also at the dinner was Cleveland Councilman Basheer Jones, who is running for Cleveland mayor. Dowell is also one of Jones’ consultants.

Sitting across from Dowell was Sam Mohammad, who is working on Jones’ mayoral campaign. Mohammad is a well-known political operative who has worked on campaigns before and after he pleaded guilty in 2012 to corruption charges for his role in one of the largest scandals in Cuyahoga County history and one that sent two top officials – former Auditor Frank Russo and former Commissioner Jimmy Dimora – to prison.

Mohammed, who was then deputy chief in Russo’s office, was indicted on bribery, racketeering and obstruction charges. He was sentenced to nearly four years in prison and required to pay $50,000 in restitution. Mohammad was a guest of Dowell’s.

Dowell said he posted the photo briefly on Facebook to celebrate the moment. He said the “Good Fellas” headline was meant to reflect that they were friends celebrating Fudge’s accomplishments.

The U.S. Office of Special Counsel warned Fudge this week that she violated federal law in March by discussing politics while on official duty and on government property. Fudge violated the rule, the special counsel said, when she answered questions about Ohio politics at a March 18th White House press conference to discuss the American Rescue Plan. Fudge said she would not endorse a candidate to succeed her. But she did name a couple Democrats considering a bid for Ohio’s open U.S. Senate seat.

Fudge, through her office, later told cleveland.com, “I acknowledge that I should have stuck with my first instinct and not answered the question. I take these things seriously and I want to assure the American people that I am focused on meeting the needs of our country.”