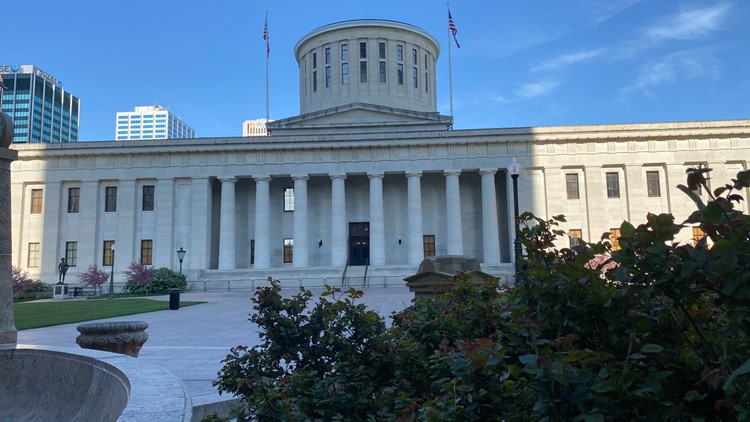 House Bill 121 seeks to remove language in Ohio law that excepts spouses in offenses such as rape, sexual battery and gross sexual imposition.

Supporters of a bill removing a loophole for spousal rape and sexual assault say the state needs to stop the double-standard that exists when it comes to sex crimes.

Heather McComas-Harrison said she spoke from experience when imploring a House committee on Thursday to pass House Bill 121, to remove language in Ohio law that excepts spouses in offenses such as rape, sexual battery and gross sexual imposition.

McComas-Harrison said it’s unfair that her husband shouldn’t be charged for sex crimes she said were perpetrated against her over many years and resulting in physical and emotional injuries, because of the mere existence of a marriage license.

“Perfect strangers come across each other and one rapes the other, society gasps and is appalled and wants justice for the person who was raped,” McComas-Harrison told the House Criminal Justice Committee. “Yet when two people…have vowed to honor each other and the like, (they) have zero rights to justice when raped by their lifetime partner.”

McComas-Harrison said it’s wrong of the state to allow a request for a divorce on the grounds of rape, but not give survivors rights or even the right of the spouse to receive treatment through the Ohio Department of Rehabilitation and Corrections.

Micaela Deming, policy director and staff attorney for the Ohio Domestic Violence Network, said House Bill 121 gives equal access to the law for those experiencing rape, within marriages and outside of them.

Citing a National Institute of Justice report, Deming said 40 to 45% of women in abusive relationships are sexually assaulted by their abusive partner, with more than half of those women assaulted multiple times. Even with these statistics, Deming said married women have less legal protection from rape than unmarried women.

“Indeed, current law serves as a disincentive for women to enter into marriage, knowing that they will lose legal protection if their spouse decides to be violent,” Deming testified to the committee.

Louis Tobin, executive director of the Ohio Prosecuting Attorneys Association, agrees that the presence of a legal document designating two people as spouses should not make the difference when it comes to sex crimes.

“Ultimately, someone with a viable allegation of spousal sexual abuse should not be prevented from seeking and obtaining justice out of concern that some other individuals will try to abuse our criminal justice system by making false allegations,” Tobin testified to the committee.

The law would also allow a person’s spouse to testify in the prosecution of those alleged crimes.

Tobin was asked by state Rep. Bill Seitz, R-Cincinnati, whether, for example, a contentious divorce would be considered when looking at allegations of sexual misconduct against a spouse.

“Down the line, somewhere in that 25-year period (the statute of limitations for rape in Ohio), they get divorced, they got fights over the kids, and the spouse says ‘well, here’s a wonderful idea, let’s run down to my friendly local prosecutor and charge this other spouse with spousal rape or gross sexual imposition,’” Seitz posed to Tobin.

Tobin said in any legal case, an allegation still has to rise to the level of probable cause and eventually proof beyond a reasonable doubt, no matter the source of the allegation.

“I think there’s no difference between a woman who was in a relationship 12 years ago showing up to make that allegation (and) a woman who was married 12 years ago showing up to make the allegations,” Tobin said. “Prosecutors have to sort that stuff out and just because you’ve got a marriage document, I think, doesn’t make the…rape or the sexual assault any different.”

The bill is one of two currently circulating in the statehouse that address spousal rape, and another of several attempts to amend Ohio law on the topic.