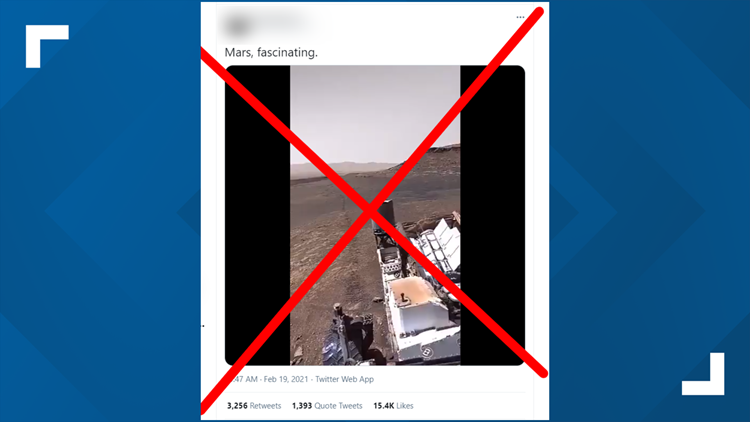 Did the rover Perseverance actually take a viral video exhibiting a reddish, sweeping vista of Mars accompanied by the sound of relentless wind?

No, the 26-second video is just not from Perseverance, NASA says.

The video, posted on Twitter seen a minimum of three million instances, is described as from Perseverance.

The video is unquestionably not from Perseverance, a NASA spokeswoman informed VERIFY on Feb. 19.

As of about midday Feb. 19, NASA had launched solely three pictures, all stills, of Perseverance at @NASAPersevere on Twitter. Though Perseverance movies will embrace sound, NASA remains to be downloading and processing sound despatched again from the rover, the spokeswoman mentioned.