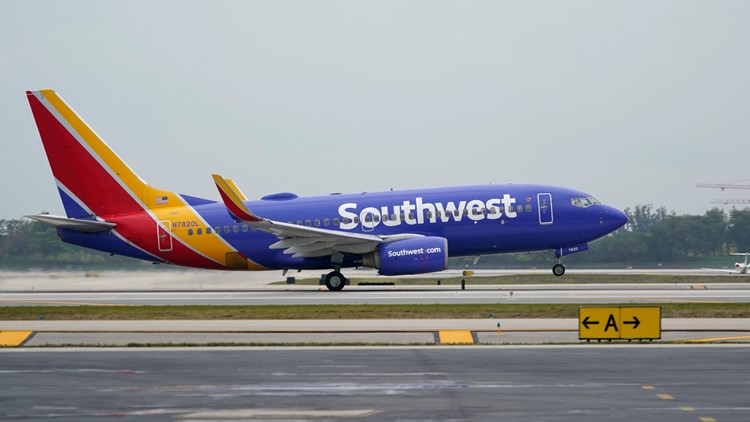 Another passenger said they wanted off the plane as it was taking off.

The Federal Aviation Administration said Tuesday it is seeking fines totaling $67,250 against four passengers, three of whom did not comply with rules about wearing facemasks — two of whom were allegedly disruptive — and another who wanted to get off the plane during takeoff. It comes as the FAA is dealing with an increase in disruptive passengers far beyond what is seen in a typical year.

The largest proposed fine, $32,750, is against a passenger on a JetBlue flight from the Dominican Republic to New York on Feb. 7.

“The FAA alleges the passenger failed to comply with multiple flight attendant instructions to wear a facemask; threw an empty alcohol bottle into the air, almost hitting another passenger; threw food into the air; shouted obscenities at crew members; grabbed a flight attendant’s arm, causing her pain; struck the arm of another flight attendant twice and scratched his hand; and drank alcohol that had not been served to her by the cabin crew,” the agency said in a statement Wednesday.

The flight was forced to return to the Dominican Republic due to the disturbance.

A $16,500 fine is being proposed for a Southwest Airlines passenger who allegedly refused to wear a mask over his nose and mouth as instructed as he boarded a flight from Chicago to Sacramento on Jan. 26.


On a Dec. 22, 2020, Delta Air Lines flight from Minneapolis to Philadelphia, a passenger allegedly got out of her seat during takeoff, started walking the aisle and said she wanted to get off the plane, the FAA said. The agency said she refused to return to her seat and fasten her seatbelt, forcing the plane to return to Minneapolis. The FAA is proposing a $9,000 fine.

That same amount is proposed against a passenger on an Alaska Airlines flight from Bozeman, Mont., to Seattle on Jan. 30. The FAA alleges a passenger didn’t follow the facemask policy when boarding. Although the crew gave him a mask, he allegedly did not wear it when the plane left the gate. After repeating the airline policy on masks, the man allegedly refused to wear it and the plane taxied back to the gate. The passenger was removed, the FAA said.

The mask rules are not going away anytime soon. The Transportation Security Administration said Friday it will extend its mask requirement, which also applies in airports and train stations, through Sept. 13.

The FAA has received about 1,300 reports of unruly passengers from airlines since February, an FAA spokesman told the Daily News this week. About 260 of those have been identified as potential federal violations.

An online FAA database shows that, since 1995, the agency has reported an average of 179 cases of unruly passengers per year. There have been seven times as many cases since February.

Due to multiple incidents in which some passengers have been confrontational with flight crews, the FAA enacted a zero-tolerance, zero warning policy in January. As is often heard during the pre-flight safety briefing, it is against federal regulation to disobey flight crew instructions.

Incidents became more noticeable during the COVID-19 pandemic when some passengers refused to wear face masks. The FAA also noted an increase in incidents around the time of the Jan. 6 riot at the U.S. Capitol. But, another recently-cited issue has been passengers drinking their own alcohol that was not provided by the airline.

Those numbers come as air travel overall remains dramatically lower than two years ago. More than 1.6 million people were screened at U.S. airport checkpoints on Sunday, according to the Transportation Security Administration. That’s 35% below the number of airport travelers reported on the comparable Sunday in 2019.

The FAA announced last week it was seeking fines totaling $63,000 against three unruly passengers who disrupted flights, drank their own alcohol that was not provided by the airline and disobeyed flight attendant instructions. Two of the passengers were accused of assaulting members of the flight crew.

The FAA said the passengers in all the incidents above have 30 days to respond to the proposed fines.