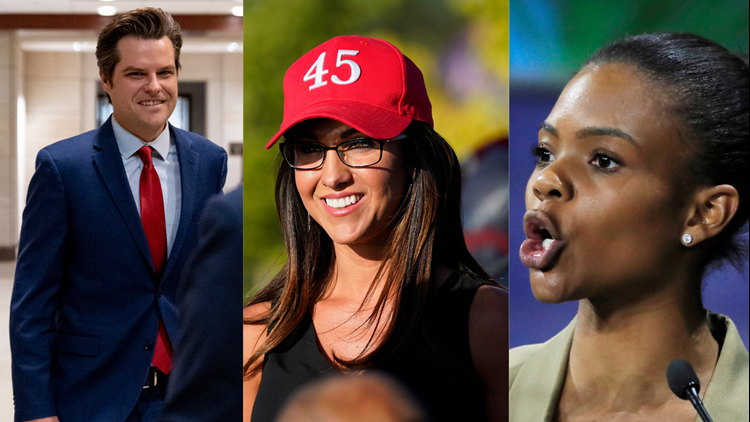 “With the fate of the nation hanging in the balance, all eyes are on the Ohio Senate and Governor’s race,” a description for the event reads.

STRONGSVILLE, Ohio — Editor’s note: The video in the player above is from a story published on Jan. 26, 2021.

A convention held in Strongsville Saturday morning brought big names from Republican politics to Northeast Ohio to raise awareness and support for conservative candidates vying for the U.S. Senate in 2022.

“With the fate of the nation hanging in the balance, all eyes are on the Ohio Senate and Governor’s races,” the event description reads on its website. “Never before have you had the opportunity to see all candidate in one place on one day!”

According to the website for the event, each candidate has been granted 10 minutes of speaking time to answer questions from the audience of Republican voters.

RELATED: Who’s in, who’s out? A running list of the possible contenders for Ohio’s soon-to-be open seat in the U.S. Senate

Candidates for the 2022 Gubernatorial race also showed up Saturday morning, hoping to win over the support of the voters in the crowd. Both former Congressman Jim Renacci and staunch conservative commentator Joe Blystone accepted invitations to speak at the event.

Gov. Mike DeWine, who has been criticized by his fellow GOP members in the past year for his handling of the COVID-19 pandemic– including mask mandates and health orders aimed at protecting Ohio’s most vulnerable population– declined to appear at the summit.

At this time, Congressman Tim Ryan (D-OH) is one of the only Democrats to have thrown their hat into the ring for the 2022 Senate seat. Rep. Ryan announced his run for Portman’s seat on April 26.

Editor’s note: The video in the player above is from a story published on April 26, 2021.