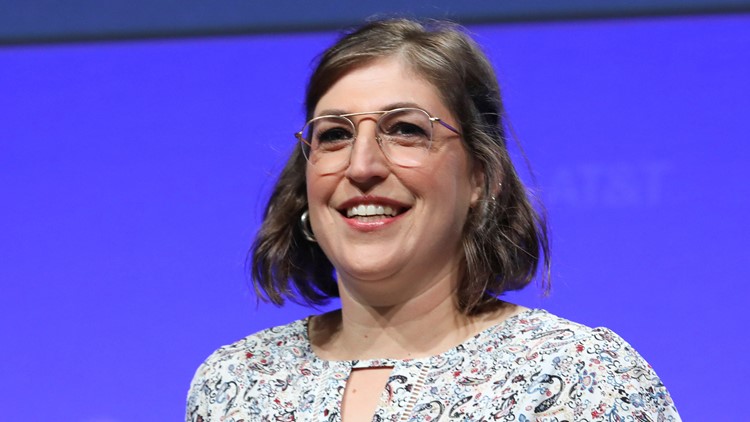 WASHINGTON — Ahead of her debut as the guest host of “Jeopardy!” this week, actress Mayim Bialik of “The Big Bang Theory” opened up about what fans can expect.

In an exclusive interview posted on the “Jeopardy!” YouTube channel Friday, Bialik said it’s an honor to be hosting from May 31 to June 11 because the trivia game show is “such an iconic and unbelievable piece of our collective culture.”

“To be considered part of it really in any way is just an immense honor, especially for someone who has dedicated so much of my life to academia, to knowing things and being able to communicate things,” she said.

In the nearly five-minute-long interview, Bialik, 45, dives into what she hopes to bring in her role as guest host, how her kids reacted to the news of her guest-hosting and what prepared her for the role.

Bialik, who has a Ph.D. in Neuroscience and is currently starring in Fox’s “Call me Kat,” follows other “Jeopardy!” guest hosts NFL quarterback Aaron Rodgers, journalist Katie Couric and even the game-show legend Ken Jennings.

RELATED: Katie Couric: ‘Who is the first woman to host ‘Jeopardy?’

“I think being a woman of science, as I am, is something that I’m obviously very passionate about presenting myself as. I really didn’t grow up with a lot of female role models, and I think, especially for young people – not just young girls, but for young girls and boys – to see that women can be scientists and can do these types of intellectual things,” said Bialik when asked what she hopes to bring to the role as guest host. “That feels very important to me.”

She also added that as a second-generation American, it’s an “unbelievable opportunity” to see how much her family has been able to accomplish.

When asked if she had ever met the late “Jeopardy!” host Alex Trebek, who died in November from pancreatic cancer, Bialik said he made a guest appearance on her 1990s sitcom “Blossom.” However, she wasn’t able to actually interact with him.

When asked what she would be wearing during the show, she said she was very passionate about her choices.

“Much as women are accomplished in many fields and we’ve made so many changes in how we are represented and how we are seen, it’s by in large a confusing time I think still for women in terms of what we’re expected to look like and what people think when we dress a certain way or don’t,” she said. “For me, I just really wanted to look like the academic that I was trained to be.”

She added that she found her own version of how to honor Trebek, who always donned a suit, that was “flattering and comfortable in… and I also wanted to bring in a little bit of flair, but not too much.”

In March, Bialik posted on social media the first look into her role as guest host.

“Had a pretty darn good day at work. @jeopardy #wow,” she captioned the photo.

According to USA Today, Bialik filmed all 10 episodes over two days.