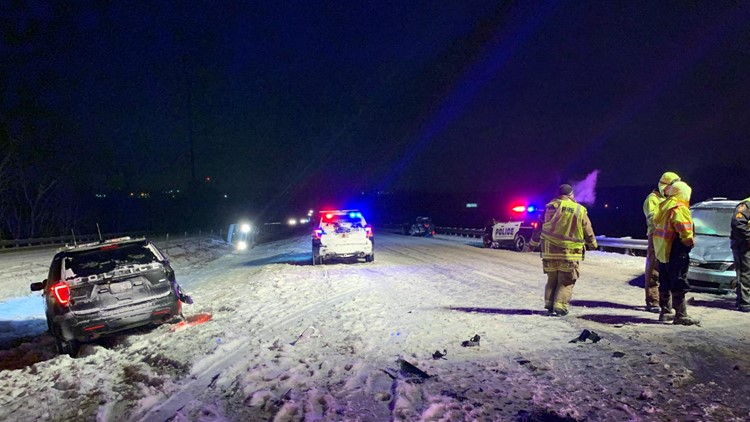 MEDINA COUNTY, Ohio — A Wadsworth Police cruiser with a K9 officer within it was struck on I-76 in Medina County Monday evening, because the officers responded to a different weather-related crash on the freeway.

Wadsworth Police say the cruiser was parked within the left lane of I-76 round 9 p.m. Monday night as officers responded to the scene of a one-vehicle rollover accident close to State Route 57. K9 Zoro stayed within the automobile because the officer received out to test on the crash.

Then, police say a minivan was trying to go across the rollover crash when it hit one other passenger car, then the parked police cruiser, which had Zoro inside it.

Wadsworth Police say Zoro was not injured when the cruiser he was in was hit, although they assume he could have been shaken up. He’s stated to be doing simply wonderful and was again in good spirits shortly after the crash Monday evening.

There have been no accidents reported within the preliminary rollover crash, nor within the secondary crash involving the police cruiser. I-76 was shut down for about two hours whereas crews labored to clear the crashes and full their investigation.

The Ohio State Freeway Patrol is investigating the crash involving the police cruiser.