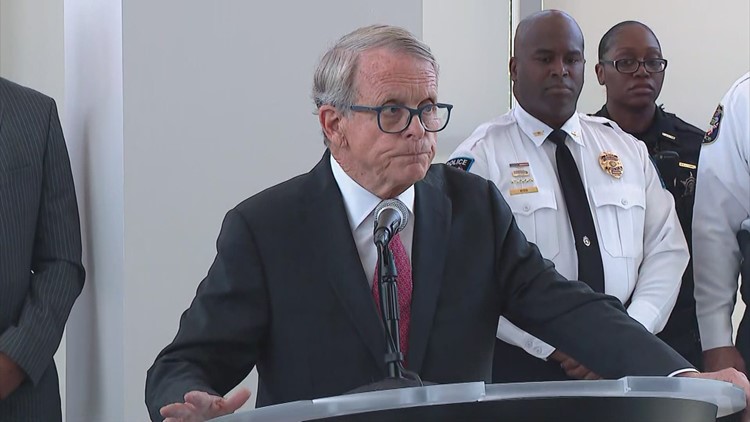 A federal court filing details the charges against five men accused in the plot that gained national attention last October. According to the document, two of the accused men, Adam Fox and Barry Croft Jr., attended a meeting with other militia members in June 2020, during which they allegedly proposed “attacking the governors of Michigan, Ohio, and Virginia.”

During that meeting, Croft reportedly referred to himself as a “terrorist” and displayed an explosive device he had made as part of the plan.

Governor DeWine said Tuesday he does not have any other information other than what has been reported, adding he has a rule against talking about security.

“When this came out in regards to Michigan’s Gov. Whitmer I expressed my outrage that anything like this would be planned. We all have to condemn such crazy activity,” said DeWine.

At the time the plot to kidnap Whitmer was revealed, DeWine released a statement, saying:

“It’s shocking this is horrible. Thank heavens officials took appropriate action to stop this from taking place. People can disagree with the governors as many Ohioans do with this governor but go about it the proper way they can demonstrate and that’s fine. They can file actions in court. They can file things in the legislature. But this act is it’s frightening.”

The filing is the latest development in the battle between with federal government and five men accused in the attack, who have claimed entrapment, saying they were persuaded by the government.

Monday’s filing states FBI agents did not entrap those accused, saying in part “the vast majority of information sought was not discoverable.”