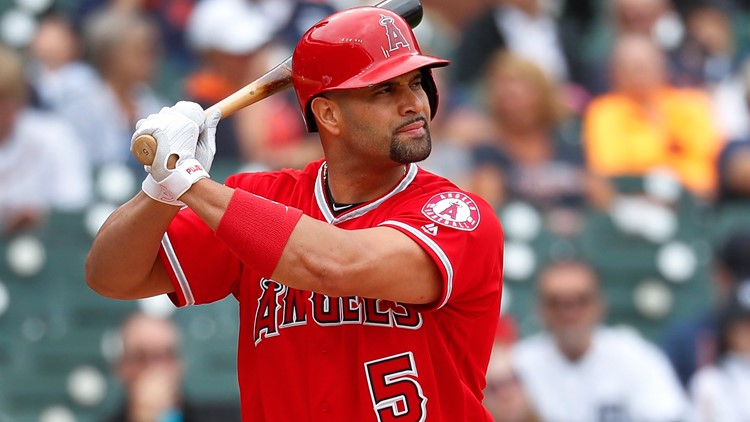 According to ESPN’s Eduardo Perez, the Cleveland Indians are the best landing spot for first baseman Albert Pujols.

After he was released by the Los Angeles Angels on Thursday, many seem to expect that Albert Pujols will return to the team that he spent the first 11 — and best — years of his career, the St. Louis Cardinals.

But according to one MLB analyst, it’s actually the Cleveland Indians who would be the best landing spot for the future Hall of Famer.

Appearing on MLB Network Radio, former MLB first baseman and ESPN analyst Eduardo Perez discussed what’s next for the 41-year-old Pujols, who is expected to retire following the 2021 campaign. And according to Perez, when it comes to his on-field fit, there isn’t a better place for the 10-time All-Star to end his career than in Cleveland.

“I see the Cleveland Indians being the best fit if Albert Pujols goes there,” Perez said. “Not only because Pujols can probably be an upgrade to [Jake] Bauers and [Yu] Chang with what they’re doing, but at the same time, this is a team that’s going to be competitive in a division that will stay competitive and I don’t see any team that’s running away with it.”

What is the best fit for Albert Pujols?@PerezEd explains why it may be in the 216:

“It would really actually add a spark to the Cleveland Indians.” pic.twitter.com/89xH2d3yh6

To Perez’s point, the Indians currently find themselves in first place of the American League Central Division, entering this weekend’s series with the Cincinnati Reds laying claim to a 17-13 record. Cleveland’s success has come despite early struggles from the first base platoon of Bauers and Chang, neither of whom has established himself as a reliable everyday player.

While Pujols is hardly the same player he was in the prime of his career, it’s worth noting that his .198 batting average and .622 OPS this season are higher than both Bauers and Chang’s, while he’s hit more home runs (five) and RBIs (12) than both players combined. Perez, who played for Cleveland in 2006, went onto note that Pujols’ affordability and veteran presence only add to the case that he’d be an attractive fit for the Indians.

“You have a team right now that had a payroll last year just under $100 million where now they’re at $54 million. Let’s not forget, you add Albert Pujols to this, all you have to pay is the prorated veteran minimum. So that’s not going to tilt at all, the payroll structure. It is not a gamble because you’re already upgrading, even if it’s slightly.