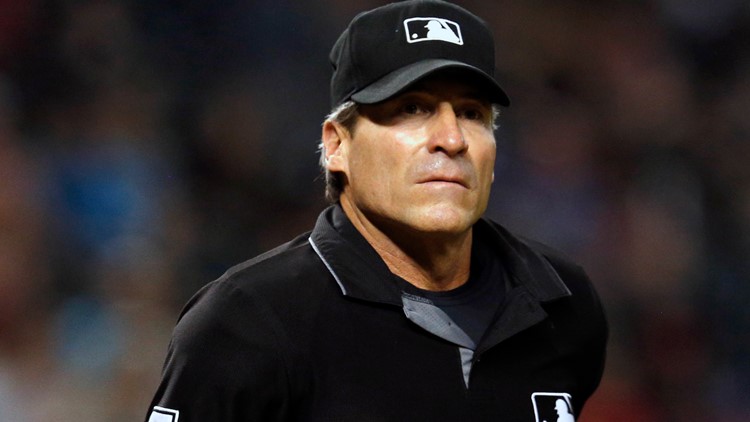 MLB ump Angel Hernandez said he missed a call in Tuesday’s matchup between the Cleveland Indians and Kansas City Royals because he was blinded by the scoreboard.

It isn’t often that an MLB umpire admits that he made a mistake on a call. But some errors are so egregious that he may not have any other choice.

Such was the case following Tuesday night’s matchup between the Cleveland Indians and Kansas City Royals, which featured an especially noteworthy error.

With runners on first and second and one out in the bottom of the third inning, Royals catcher Salvador Perez came to the plate with Kansas City laying claim to a 1-0 lead. Perez proceeded to hit a deep fly ball to right-center field, which proceeded to bounce off the tip of Indians centerfielder Harold Ramirez’s glove and onto the warning track.

While Whit Merrifield proceeded to tag up and score from third base, Andrew Benintendi found himself caught between second and third base before being tagged out. The reason why both runners acted as if Ramirez had caught the ball? Umpire Angel Hernandez had (incorrectly) indicated that he had, in a call that was ultimately overturned by the crew, with Benintendi being awarded third base.


After the game, Hernandez — one of the sport’s most polarizing officials — admitted that he had essentially guessed on the call.

As you saw, I got basically blinded by the outfield scoreboard,” Hernandez told Alec Lewis of The Athletic after the game. “The pixels on the lights were as clear as white can be. I was trying to make out what happened out there. The harder I looked, the less I could see. So I was trying to read the players to see what they did with the ball. And I had to come out with the call. I basically guessed on the wrong call. So as soon as I turned around, [home plate umpire Edwin Moscoso] started walking towards me. We got the crew together. And we fixed the problem.”

After the game, Indians manager Terry Francona referred to the situation as “frustrating.” Fortunately for Cleveland, it didn’t ultimately cost the Indians, who earned a 7-3 victory to move to 15-13 on the season.