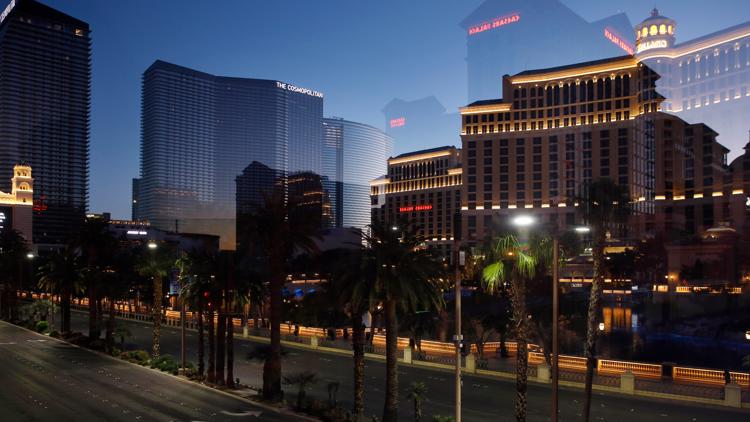 Nevada’s bill still needs to be approved by Democratic Gov. Steve Sisolak to become law, It also needs backing of the national parties.

Nevada lawmakers passed a bill on Monday that aims to make the state the first to weigh in on the 2024 presidential primary contests.

The move upends decades of political tradition and is likely to prompt pushback from other early states that want to retain their places in the calendar.

The bill that passed in the state’s Assembly on Wednesday and the Senate on Monday still must be approved by Democratic Gov. Steve Sisolak to become law. It would also need the backing of the national political parties to eventually make the change for the 2024 calendar.

Reid and other Nevada Democrats have seized on dissatisfaction in the party about the nominating process that gained steam in 2020.

They’re arguing to replace party-run caucuses with state-run primary elections, which are considered easier to participate in than the in-person neighborhood caucus meetings.

Most significantly, they have said that Nevada is a diverse state with a population that mirrors the demographics of the nation — and therefore a better choice for testing presidential hopefuls than mostly-white Iowa and New Hampshire.

In 2020, the leadoff contest in Iowa unraveled and left the winner unclear. New Hampshire, which was next, ended with a result that was a near tie between two candidates who ultimately lost. The eventual nominee, now-President Joe Biden, came in fifth in New Hampshire.

“It’s time for Nevada to take its rightful place, not just first in the West but in the nation, as a diverse state, a state with diverse issues,” said Nevada Assembly Speaker Jason Frierson, a Democrat who sponsored the legislation.

He said Nevada’s small population makes it affordable and navigable for candidates to use as an early testing ground of their national appeal.

Sisolak has not said if he will sign the bill but has been supportive of the idea.

“After the 2020 Presidential Caucus in Nevada, Governor Sisolak was clear that while Nevada Democrats did a phenomenal job of making the caucuses as accessible as possible, the caucus process itself has fundamental challenges that create obstacles for too many Nevadans to participate and make their voices heard,” his spokeswoman Meghin Delaney said in a statement.

She said the governor “believes Nevada is perfectly positioned as a diverse and representative state to be first in the nation’s presidential nominating process.”

It’s unclear if the Democratic National Committee, which sets the party’s nominating process, would back Nevada’s changes when it sets its 2024 nominating calendar.

The party is expected to undergo a months-long review of its past nominating process and isn’t expected to set its nominating calendar until at least next year. If the party doesn’t sign off on the changes, it could force Nevada to amend its law or risk having its delegates dropped from the Democratic National Convention.

The Republican Party, which has most recently kept Nevada’s caucuses as its fourth contest, has not backed the change.

Nevada Republican Party Chairman Michael McDonald opposes the change, warning that the state acting unilaterally could leave both his party and the Nevada Democrats without national delegates in 2024 and less influence on the presidential nominating process.

The new Democratic Party chair Jaime Harrison is from South Carolina and is a protégé of House Majority Whip Jim Clyburn, who has said he’d like to see his home of South Carolina moved up from it’s fourth-in-line place.

But it’s unclear if South Carolina will join Nevada’s push to be first. The state, like Nevada, is diverse. It’s also where Biden pulled out a double-digit win that helped propel him to victories on Super Tuesday and win his party’s nomination.

This version corrects that the bill passed in the state Senate on Monday, not Sunday.

Price reported from Las Vegas. Metz is a corps member for the Associated Press/ Report for America Statehouse News Initiative. Report for America is a nonprofit national service program that places journalists in local newsrooms to report on undercovered issues.

Why Weren’t Lily & James Their Own Secret Keepers?
Growing Among Us Devs Still Can’t Play A Full Round Together
Comment