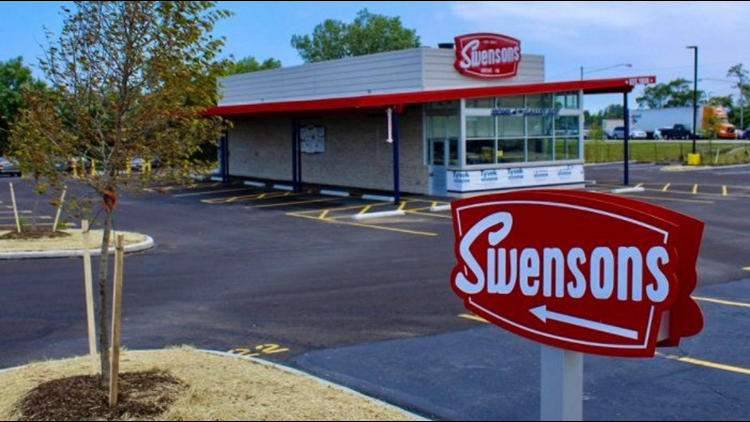 The new Swensons restaurant in Willoughby opens to the general public on Monday, July 19.

WILLOUGHBY, Ohio — Editor’s note: Video in the player above was originally published in August 2019.

A few days before officially opening their new location in Willoughby, the team at Swensons is giving a sneak peek and free lunch to first responders — including members / veterans of the armed forces during a special event Friday.

From 11 a.m. until 2 p.m. Swensons is serving up the free lunch at their new drive-in restaurant at 34725 Euclid Ave. Although the food is free, Swensons says space is limited. That’s why all guests are required to RSVP (which can be done HERE) in order to attend the Friday event.


The new Swensons in Willoughby will open to the general public starting Monday, July 19. It’s opening hours are listed as follows:

But did you know Swensons also has a secret menu? We have details of the special food options HERE.