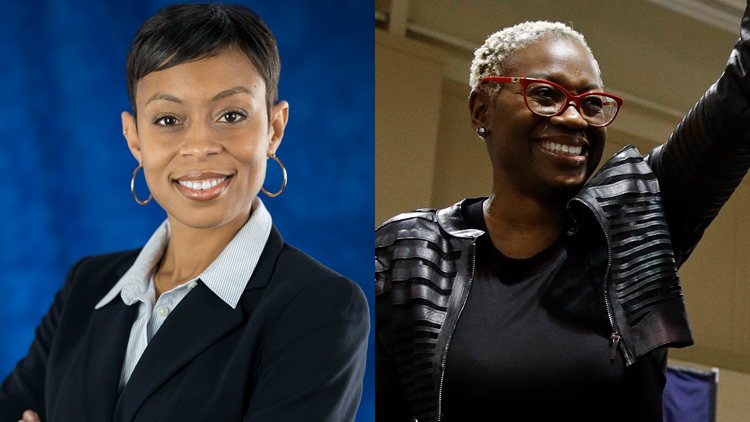 After weeks of negative TV attack ads, the two frontrunners wait to see who will be the likely successor to Marcia Fudge.

CLEVELAND — The campaigning is all but over, except for an 11th-hour push to get out the vote on election day Tuesday in what has been a heated special election Democratic primary to fill the District 11 Congressional seat vacated by now-Secretary of Housing and Urban Development Marcia Fudge.

RELATED: Special election: Everything you need to know about voting in Ohio’s 11th Congressional District race

The two campaigns have both engaged in negative attack ads, that have bombarded TV airwaves for weeks in what has been the most expensive House special election so far this year. The candidates have raised $6 million, and according to the mid-July report from the Federal Elections Commission, Turner has outspent Brown by more than two-to-one.

“In the end, a lot of people vote based on personality; the person they’d like to have over for dinner. There’s a likeability aspect to it,” said Lee Fisher, Dean of Cleveland State University’s Cleveland-Marshall College of Law and former Ohio Lieutenant Governor.

Whoever wins the Democratic primary will likely win the general election in November in this deep-blue district that re-elected Fudge in 2020 with 80 percent of the vote.

“The truth of the matter is, they have more in agreement than they do in disagreement,” Fisher said. “If you actually look at all the issues, I would say they agree far more than they disagree.”

Eleven other Democrats are on Tuesday’s ballot, though polls show the race is a close one between Brown and Turner. Both have deep roots in Northeast Ohio and in the Democratic Party. They also offer policies with substantive differences on local issues such as poverty and health care.

But national media attention and millions of dollars of advertising by outside groups have help to exploit their larger ideological distinctions, making the race a contest between Brown’s loyalty to Biden’s agenda and Turner’s affinity for the more progressive wing of the party. That narrative was on display Saturday.

“If you know what’s good for you and you know what side your bread is brown on and what bridge got you over, you will vote for Shontel, so it’s exciting for all of us to be here,” Rep. Bennie Thompson of Mississippi said at a morning rally for Brown in Highland Heights. Rep. Jim Clyburn of South Carolina, the Majority Whip in the House, was also in town campaigning for Brown in Cleveland and Akron.

“I’ve known Nina Turner for many years, and I’ve known her to be one of the strongest fighters for justice that I’ve ever met in my life,” Sanders told 3News before the rally.

“I endorsed Shontel Brown because she will come with leadership and courage and speak truth to power for individuals.”