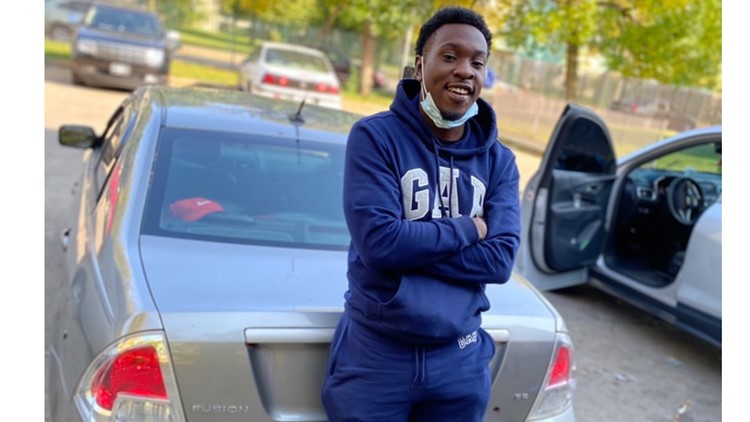 CMHA officials said that the officer’s case will be reviewed internally by a neutral outside team.

After months of investigation, a Cuyahoga County Grand Jury returned what is called a “No Bill” in the case. That means no officers will be indicted in the shooting that took place in the King Kennedy area on November 13th of last year.

“A no-bill is basically just a piece of paper that says whatever happened, we don’t find probable cause to believe that a crime was committed,” said Yost.

CMHA officials released a statement to the public, extending sympathies to Keith’s family and loved ones, and discussing the officer’s future with the organization.

“CMHA officers need to use deadly force dealing with people in our community? No! This is outrageous. We have all the evidence to convict, and, yet again, we are let down by our leaders,” says Richard Starr, an advocate for the Keith family.

CMHA police say 19-year-old Arthur Keith pointing a gun at them when they shot him, but the autopsy showed Keith was shot from behind, with the bullet exiting his chest.

“How is that not murder?” asks Starr.

The Keith family says they were promised a thorough and fair investigation, but they believe the police covered up much of the evidence in the case. The Keith family believes surveillance video may have been doctored, witnesses weren’t spoken to, and transparency between CMHA Police and the family has been lacking.

“We had witnesses, eyewitnesses, that were literally standing there within 20 feet that were not interviewed. We know for sure of at least 3 people who police never questioned before this decision came down. How is that transparency? How can you have a full picture if you don’t choose to view the full picture?” asks Keith family attorney Stanley Jackson, of the Cochran Law Firm.

One of those witnesses, Jahzir Melton, attended Wednesday’s protest. He says he saw Officer James Griffith shoot Keith as Keith ran away, and confirms he was not contacted by police.

“We’re not gonna stop this until we get accountability, transparency. The truth is gonna come out,” says Keith’s aunt Matricia Givner.

In December, Keith’s family asked that the video of the incident be released after the 19-year-old was shot in the back.

“We know there are two cameras in the area, we’ve requested those cameras. We know that they (CMHA police) has access to those cameras and they haven’t shared. That video will show that our client (Keith) was running away when he was shot,” said Jackson.

On Wednesday, CMHA did release grainy video of the final moments of the incident, showing Arthur Keith on the ground with officers surrounding him.

In the video, Keith is scene running into the left side of the frame, with two officers following behind him, one of whom struck Keith with a single bullet that would take his life just minutes later.

In a wider frame of the video, others are seen running from the scene. Those witnesses, and others around, are who the family alleges police didn’t present to the grand jury.

Subodh Chandra, a prominent defense attorney who represented Tamir Rice’s family, said to push the case forward, Keith’s family would have to ask  prosecutors to revisit the case. That is a decision rarely granted.

“It is very unlikely that the prosecutor will revisit the case,” Chandra said. “Unfortunately, the family has no legal standing or options to challenge the grand jury process, other than to try and draw public attention to the wrongdoing.”

The family’s attorney says the next step is demanding that the Department of Justice conduct a civil rights investigation on CMHA.

Yost says the “No Bill” decision doesn’t diminish the gravity of Keith’s shooting.

You can watch Yost’s full briefing below:

Additionally, officials say that the CMHA’s Police Department has fully cooperated with the Cleveland Division of Police’s investigation into Keith’s shooting, and that the incident will be reviewed internally by a neutral outside party to make sure that the officer acted in accordance with the organization’s policies.

RELATED: “He was scared, he was running away”; Family of Arthur Keith looking for answers following the release of the 19-year-old’s autopsy

“Yet, we know these tragic events have tested this trust, and it is our responsibility to renew the Community’s confidence by listening, learning, and working together as we move forward. We are committed to doing so,” CMHA concluded.

“We were excited about his future,” President and CEO of the Boys and Girls Club of Northeast Ohio, Jeff Scott, said of Arthur Keith on Wednesday. “He was a great kid and was on the right path,” Scott said. “Our young people of Northeast Ohio just deserve better than this.”

January Keaton has more on the story in the video below: