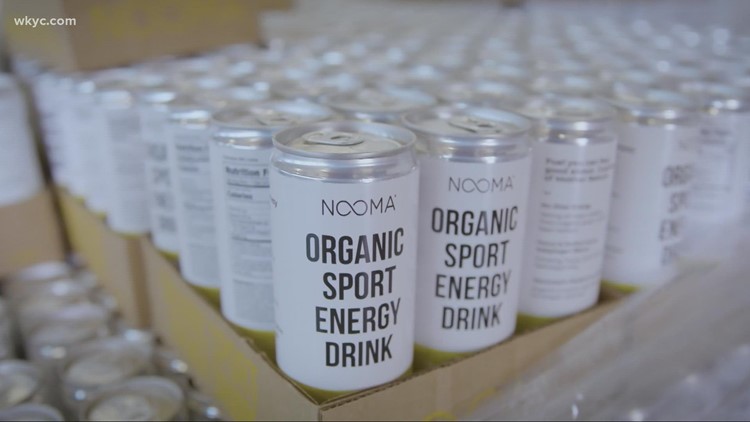 Jarred and Brandon Smith are the forces behind a low-sugar, low-acid electrolyte drink gaining national attention

Together, they’re the forces behind an electrolyte drink that’s taken the boutique fitness world by storm. But their journey to building this national brand started right here at home in Northeast Ohio.

Growing up in Pepper Pike, the brothers both became star hockey players – even playing in minor leagues after college.

“We were getting a bunch of free stuff,” Jarred recalls. “And part of that was getting free sports drinks. And, and my freshman year, I was just getting such bad acid reflux from it. It was sitting bad in my stomach.”

And this sports drink dilemma began to spark the idea to do things differently, but it wasn’t until later that they had the idea for a new low-sugar drink to be the solution. That’s when they created NOOMA, which stands for “no more acid.” Their drinks are an alternative to the more popular sports drinks on the market.

“We were both thinking that we were going to be kind of doing a banking thing. And I think at the end of the day realized that a corporate setting wasn’t who we were, and we [became] accidental entrepreneurs,” Brandon said.

But in their entrepreneurial journey, they found that their field was lacking in another way, that they wanted to change.

“As we were getting out there into the boutique fitness space, there wasn’t a lot of faces like ours out there,” Jarred said. “[So we thought,] let’s do what we can to open it up to people – [whether that would be] minority, socioeconomic, [people with] disabilities. How can we help expose someone who doesn’t have the access to that boutique fitness space?

So, they started initiatives, like partnering with local gyms to provide training and wellness classes to those who might not normally feel welcomed in those spaces. And as they continued to give to the city, there were surprised at how much the city gave back to them.

“Local businesses gave us such a chance to come in,” Brandon said. “Heinen’s was the first one to give us a chance.”

And from there, other local stores begin to stock NOOMA, helping to create a wave of interest in the brand, leading to a 12,500 square foot warehouse in Euclid.

Now a national brand, NOOMA’s footprint continues to expand, and their recent direct-to-consumer model has allowed them to see even more growth.

“We are going to do it here, it’s who we are. And it’s where we’re from,” said Brandon.

“And the more we can build a brand that we believe in and believe that should be growing,” Jarred continued. “We’re just going to continue to do that.”