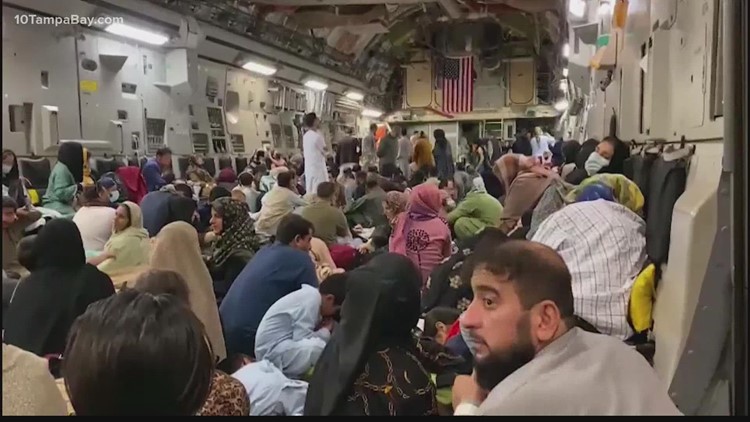 Cleveland is listed on the U.S. State Department’s list of settlement cities, and Akron has already placed one family who was airlifted out of the war-torn country.

CLEVELAND — Each day more people line up at the airport in Kabul, Afghanistan, even as gunmen fire into the air around them. They push on, desperate to flee the Taliban rule and hoping for a better, safer life.

For those who make it out, Northeast Ohio could be their salvation.

“This is one of these situations [where] we really don’t know where the end is, but my God, we have to be part of this journey,” Global Cleveland’s Joe Cimperman told 3News. “Cleveland gets to show who she really is and welcome these individuals with open hearts.”

The U.S. State Department released a resettlement list for those fleeing Afghanistan and Iraq, with 19 places identified as having a reasonable cost of living and available housing. Cleveland comes in at 12th, something Cimperman says is also because of the welcoming community and the region’s experience.

Global Cleveland held a leadership meeting Thursday night with about 10 different groups, everyone from city and county officials to refugee organizations, making sure the area is ready.

“The whole point is everybody has a role to play when these families start to get here,” Cimperman noted.

Just a little further south, the International Institute of Akron has already placed one family, airlifted out of the turmoil.

“It’s their families and their culture that’s being destroyed,” executive director Madhu Sharma said. “The processing of SIVs and refugees is not normally done in the United States. It’s not usually as exigent. We usually know well in advance, but now we’re getting 24 hours’ notice.”

Both cities are preparing to be the safe haven those evacuating so direly need.

“To say to them as only Clevelanders can say, ‘Welcome to the land, we’re happy you’re home,'” Cimperman declared.

For ways to help out those refugees fleeing Afghanistan, we have different resources broken down here.