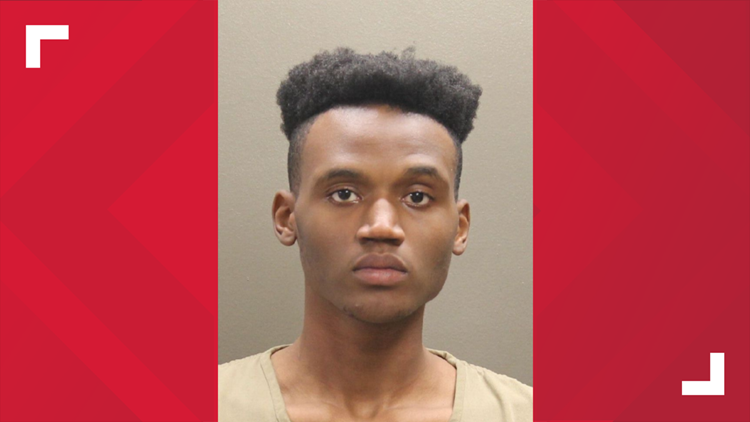 Talent A-Christian Bradley was charged with the deaths of a 62-year-old man and a 63-year-old man.

A 19-year-old man accused of killing two men on the same day after meeting them on a dating app was arraigned in Franklin County Municipal Court Saturday.

A judge set a $2 million bond for Talent A-Christian Bradley of Coshocton, which includes two murder charges at $1 million each for the deaths of 62-year-old Robert Goodrich and 63-year-old Randy Gwirtz.

Police say Bradley was arrested by Westerville police Wednesday night at his home.

He confessed to killing Robert Goodrich, according to police. Goodrich was stabbed to death at his home in Westerville on May 26.

Westerville police said they were able to connect Bradley to the vehicle captured on neighborhood video cameras. The red vehicle in the video was located at his home.

Police said Bradley is also a suspect in the death of 63-year-old Randy Gwirtz in Columbus on the same day.

Police performed a well-being check at Gwirtz’s home on June 7 where he was found dead.

The coroner’s office has not announced Gwirtz’s official cause of death, but Fuqua said it was similar to Goodrich’s.

According to the state prosecutor, Bradley told police his actions were in self-defense. However, the prosecutor believes the facts do not match up to the claim.

Grindr released a statement Thursday, encouraging users to be safe while using the app.

“Grindr encourages users to be careful when interacting with people they do not know and to report improper or illegal behavior either within the app or directly via email to help@grindr.com.  Users are encouraged to report criminal allegations to local authorities, and in these cases, we work directly with law enforcement as appropriate.  Grindr publishes a Holistic Security Guide (available in multiple languages) to provide users with additional ways to stay safe online and in person.”