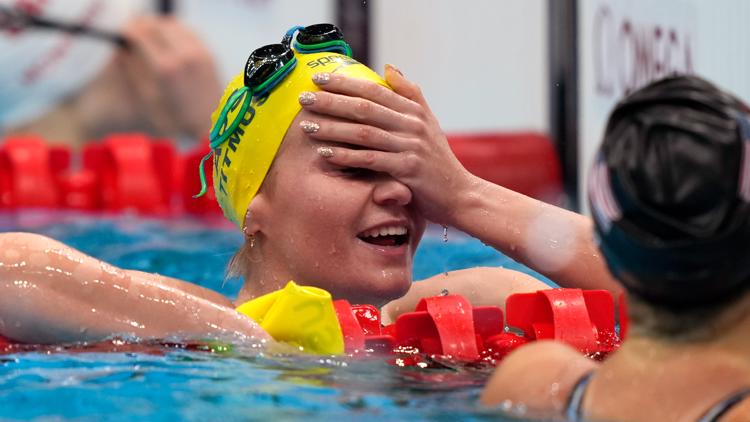 TOKYO, Japan — One of the most talked-about performances at the Tokyo Olympics on Sunday night didn’t take place in the pool, but rather in the stands.

For as impressive as Australia’s Ariarne Titmus’ gold-medal-winning showing in the 400-meter freestyle race was, it was her coach’s reaction that many on social media talking. Shortly after Titmus beat out the United States’ Katie Ledecky for her gold medal, her coach, Dean Boxall could be seen going crazy in a suite watching above, celebrating the victory in viral fashion by pumping his repeatedly pumping his fist and shaking the guardrail as if he were a professional wrestler.

Titmus had trailed by nearly a full body-length at the halfway mark of the eight-lap race before turned on the speed to touch in 3 minutes, 56.69 seconds — the second-fastest time in Olympics history. The defending champion Ledecky clocked in at 3:57.36 — the fourth-fastest time ever recorded — while the bronze medal went to China’s Li Bingjie in 4:01.08.

Sunday night’s race marked the first of many highly anticipated matchups between Titmus and Ledecky at the Tokyo Olympics.