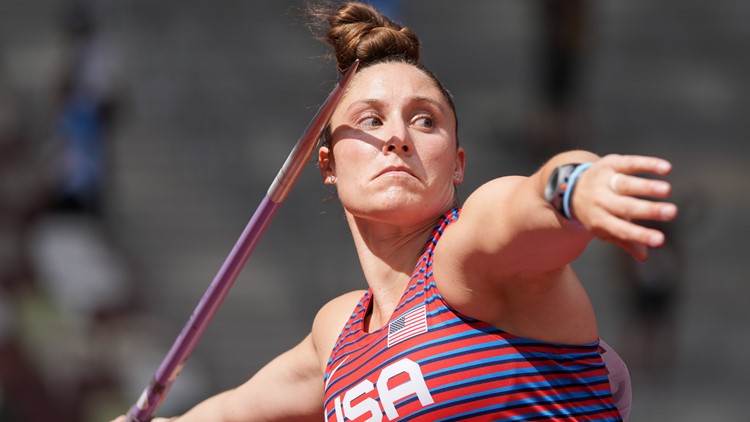 Winger is the fourth track and field athlete to lead the U.S. delegation in the Closing Ceremony.

WASHINGTON — Team USA has selected four-time Olympian Kara Winger to be the Closing Ceremony flag bearer for the Tokyo Olympics.

“It’s an incredible honor to be selected by my fellow Team USA athletes to be our flag bearer,” said Winger in a statement. “There’s no better way to conclude my career as an Olympic athlete than to lead the U.S. team into the Closing Ceremony. On behalf of Team USA, we want to thank the Tokyo Organizing Committee, the people of Tokyo and the country of Japan for hosting these Olympic Games and bringing the world back together again through sport.”

Winger placed 17th in the javelin competition in Tokyo, marking her second-best career performance at an Olympic Games.

Most athletes have competed and already returned to their home countries. They were required to leave the Olympic Village within 48 hours of their final competition.

RELATED: Everything you need to know about the Closing Ceremony of the Tokyo Olympics

The Tokyo Olympics Closing Ceremony will be shown on a tape-delay in primetime on Sunday, August 8 at  8 p.m. ET/5 p.m. PT on NBC. Peacock, NBC Olympics.com, and the NBC Sports app will offer live coverage of the Closing Ceremony on Sunday at 7 a.m. ET/4 a.m. PT. Tokyo is 13 hours ahead of the United States East Coast.

What to expect from the Closing Ceremony

Like the Opening Ceremony, the entertainment aspect and the who’s who will likely remain a secret. The theme, we know, is “Worlds we share.” According to a news release, it “expresses the idea that each of us inhabits their own world.”

“Even if we cannot be together, we can share the same moment, and that is something that we will never forget. It is this salient message which we believe will create a Closing Ceremony that will open the door to a brighter future,” Olympics officials said in a statement. “We hope that this ceremony may be a moment for each and every one of us to think about what the future holds.”

Jason Braverman from WXIA contributed to this report.

Ohio Gov. Mike DeWine to address rise in COVID infections Friday
When is the Michael Bublé concert in Cleveland?
Comment