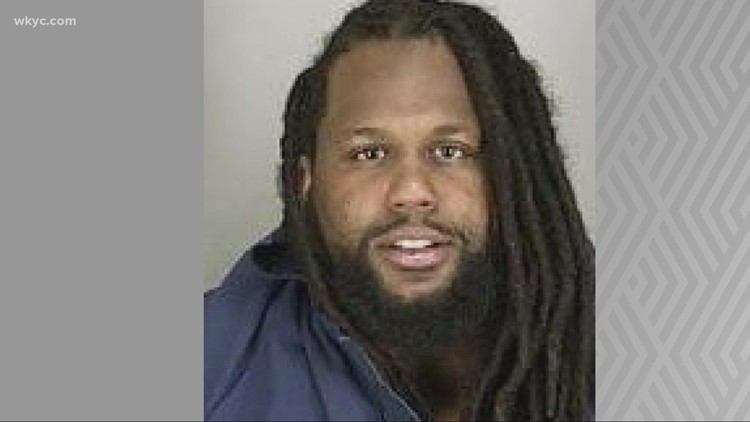 For reasons unknown, the judge allowed Joe Fletcher to leave prison with his mother – no guards, no GPS. He was supposed to return to prison, but he did not.

AKRON, Ohio — He was once called one of Akron’s most dangerous individuals. A man who brazenly took to Facebook Live, once from his prison cell to brag about a murder and another to urge the killing of police.

Today, that man is free, on the run after a judge released him from jail – without any security measures – to attend his daughter’s funeral.

It’s a story federal authorities aren’t talking about but one that 3News Investigates Rachel Polansky is breaking with exclusive inside details.

Akron’s own Joe Fletcher III is a career criminal with a flair for social media and gun violence.

He went viral in 2018 when he took to Facebook Live, from inside an Atlanta prison, declaring himself the king and taking credit for a murder.

“What happened happened, the streets is the streets,” Fletcher said on the Facebook live. “Everyone know I did it, I did it yeah.”

Akron Police had already labeled him one of the city’s “most dangerous individuals” for his history of drug trafficking and gun possession.

After he was paroled, he was arrested in 2019 for beating his girlfriend. And a fed up judge ordered him to leave Ohio.

But police say Fletcher was back in the Buckeye State last year, leading police on a high speed chase.

Again, he took to Facebook as police closed in.

Fletcher was jailed without bond when his young daughter died this month.

He asked Federal Judge Solomon Oliver for permission to attend the services.

Prosecutors approved the release, but asked for U.S. Marshals to escort Fletcher, calling him a flight risk and a threat to the community.

But for reasons unknown, Judge Oliver allowed Fletcher to leave prison Wednesday morning with his mother – no guards, no GPS.

Fletcher was supposed to return to jail by 7 p.m. on Wednesday.

He did not return. Instead, he’s once again, a dangerous fugitive.

3News Investigates reached out to federal prosecutors and Judge Oliver. Neither of whom would comment.

Read: You can see Fletcher’s court documents below

More fact-checks: Viral Afghanistan images and video
GUIDE: Soak up the final days of summer with these events in Northeast Ohio
Comment