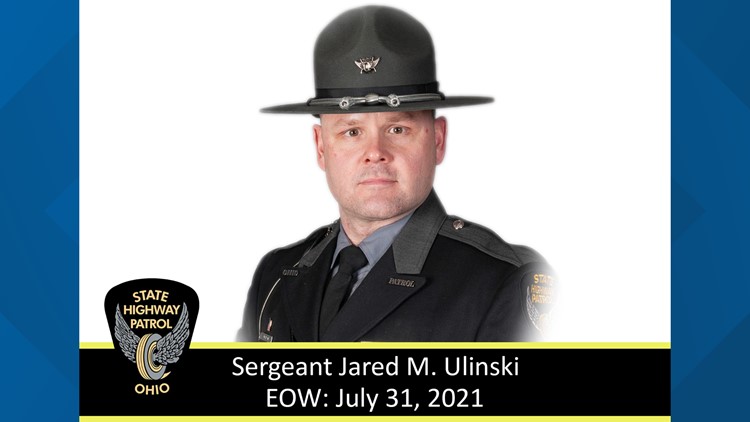 FINDLAY, Ohio — Editor’s note: The above video comes from a story WTOL 11 did with Sgt. Ulinski in 2016.

The Findlay Post for the Ohio State Highway Patrol is closed after a sergeant on duty died at the location according to an OSHP Facebook post.

The Patrol regrets to announce the line of duty death of Sergeant Jared M. Ulinski, Findlay District, after he was found…

The OHSP has not confirmed when or how Sergeant Ulinski died but says the incident remains under investigation by the Hancock County Coroner’s Office along with the Patrol.

On Saturday night, Ohio Governor Mike DeWine ordered U.S. and Ohio flags flown on public buildings and grounds to be flown at half-staff as well as at the statehouse and some other public buildings in Columbus.

The flags will remain at half-staff until sunset on the day of Ulinski’s funeral.

This story is still developing. Stay with WTOL 11 for the latest information as it becomes available.