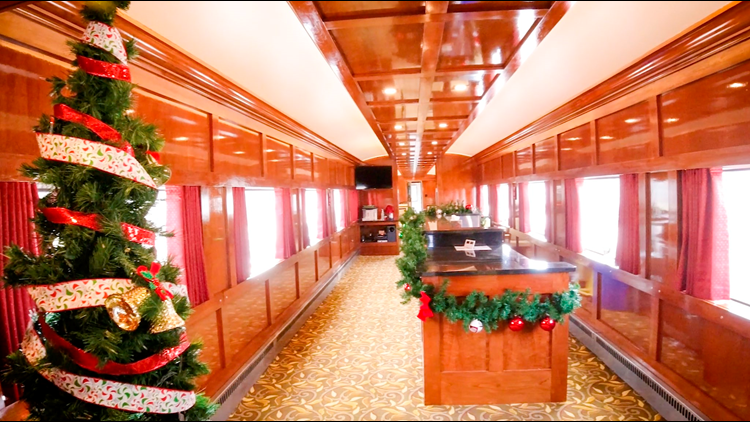 The CVSR says it was time for a change.

INDEPENDENCE, Ohio — EDITOR’S NOTE: The video in the player above is from a previous story about The Polar Express.

The Cuyahoga Valley Scenic Railroad announced Wednesday, it is ending its most popular program and launching an entirely new one.

“It was time for a change,” said CVSR President and CEO Joe Mazur. “Unfortunately, due to COVID-19, we had to cancel our Christmas Train last year. After several years of the same program, the cancelation last year, and listening to feedback from our community, we felt it was the right time to introduce North Pole Adventure™.”

The Polar Express has been a wildly popular ride since it was introduced. Prior to that, the CVSR had introduced its first annual Christmas train ride called Polar Bear Unlimited.

The North Pole Adventure will take riders on a brand-new quest to write and hand-deliver letters addressed to Santa, to the North Pole’s Postmaster.

“In 2019, we accepted letters to Santa and received an overwhelming response from the community,” said Mazur. “The children enjoyed it and we knew they wanted the opportunity to deliver letters to Santa – now they can.”

Families can still expect the traditional hot cocoa and cookies served on the ride, as well as singing Christmas carols, a visit from Santa’s elves and of course, a meeting with the big guy in red, Santa himself.