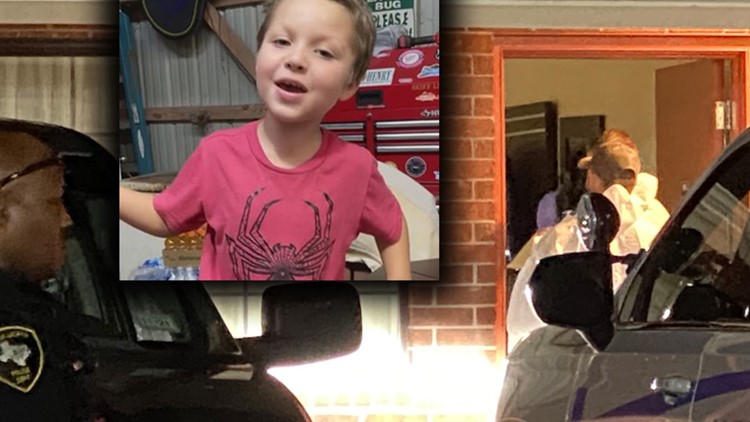 Police said the body was found Tuesday at the Best Western Inn on West Gibson Street in Jasper.

Chief Finner said a possible suspect is in custody and will be interviewed by homicide investigators.

HPD said they had DPS issue a child safety alert through CPS. They said that goes directly to law enforcement in the case that an officer comes in contact with people listed on that alert.

Houston police searched the Gateway at Ellington apartment complex Monday. Texas Equusearch planned to conduct a physical search Tuesday, but it did not happen, saying the stories given to police don’t add up, which makes it difficult for them to know where to start.

Police said the last time they can independently verify his location is on April 30 when he was at school. Samuel’s paternal grandmother, Tonya Olson, said he was with her the following weekend. Olson said she heard him on the phone a little over a week ago.

It is with great sadness that I share with you that a body – of who we believe to be 6-year-old Samuel Olson – was recovered in a motel room in Jasper, Texas, earlier this evening.  1/2

Police said Sam attended Holbrook Elementary in Cy-Fair ISD. They said the little boy was reported missing Thursday by someone claiming Samuel was taken by another person.

Sam’s grandmother said they have now lost contact with her son’s girlfriend.

Police searched an apartment and towed a car overnight after getting a tip this was the last location Sam was seen.