Home » Prisoners qualify for stimulus, but getting them is another thing 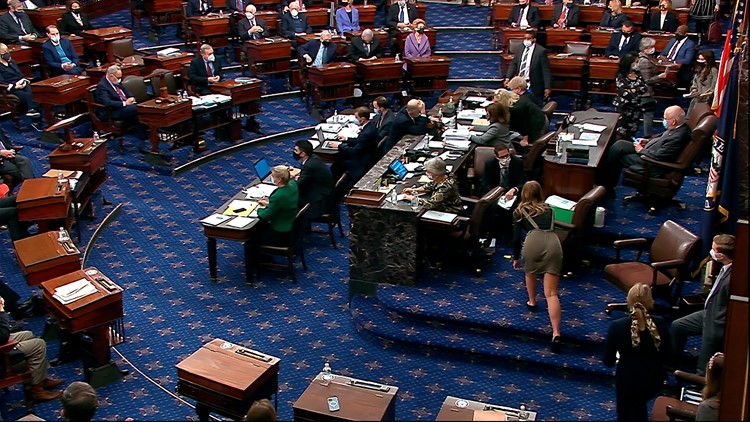 Prisoners also qualified for the first and second round of stimulus checks.

Several Republican senators have criticized the most recent COVID-19 relief bill for not excluding prison inmates across the country from receiving stimulus payments.

But the rules impacting prisoners qualifying for direct payments in this package are the same as the stimulus packages Congress previously approved.

WHY WE ARE VERIFYING

RELATED: VERIFY: Vaccine efficacy is about the reduction of risk in disease

RELATED: VERIFY: Most of the COVID relief bill is directed toward COVID-related things

Yes, inmates qualify for checks, just as they did with the previous two rounds of stimulus checks passed during the Trump administration. But that doesn’t mean they will actually get the money in their own hands.

None of the three stimulus packages, passed to relieve economic stress from COVID-19, contain language that prevents payments to those who are incarcerated.

That includes the first two signed into law by then-President Donald Trump in 2020, both of which each received yes votes from Cotton and Cassidy; Cruz voted for the CARES Act in March 2020 but not H.R. 133 in December 2020.

Although prisoners have been eligible for stimulus money, that doesn’t mean they’ve actually received it.

Story continues below this video. Check out previous stories on the VERIFY YouTube channel.


With the $1,200 per person stimulus checks provided under the CARES Act, the IRS deducted money for back child support from prisoners’ checks, says attorney Kelly M. Dermody of Lieff Cabraser Heimann and Bernstein. Once the checks landed at prisons, authorities often took out more funds for fees and restitution owed by an inmate, Dermody says. She led the successful class-action challenge on behalf of prisoners and against the Trump administration when the IRS quit sending the checks to prisoners and then demanded that those who got sent checks return the money.

In the second round of stimulus checks, approved in December, the IRS and prisons were barred from taking funds from prisoners’ money, which was sent on debit cards. The catch: the cards were useless for inmates. To receive the stimulus money, the inmates have to fill out a 1040 tax return for 2020 requesting a “recovery rebate.” However, by filing the tax return, prisoners are subject once again to having their checks docked for child support, back taxes, restitution and fees, Dermody says.

On the third round, Dermody says, the eligibility requirements are “the exact same” as for the previous stimulus packages. Still, it’s unclear yet whether child support and other “offsets” will be taken out of the inmates’ funds.